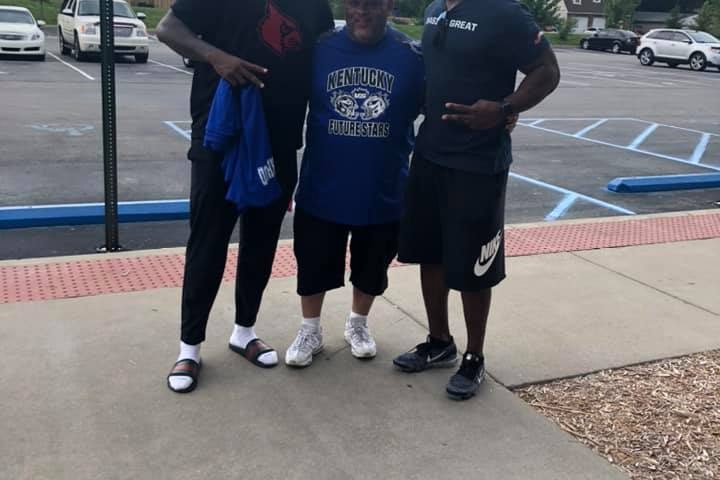 Former writer, Fletcher Long, who is now with the Jackson Times-Voice and still a member of our editorial board, told me he was attending the Future Stars Alumni Combine in New Albany, Indiana. Since he was going to be there anyway, I asked him to provide me some notes detailing his impressions. The below is what he sent to me.

First of all, Long told us Vinny Anthony is just as advertised. The rising junior for Louisville Male showed great burst and ability to adjust to the football when it was airborne. He said Darius Brown, Bryce Yates, Jeremiah “J2” Manroe, and Chris Forehand, Jr. all showed elite ability in both the one on ones and the 7s portions.

Zach Russell is a man among boys, Long told us. His exact words were, “Zach’s a stud!” You know Long.

Russell is a guy committed to Western Michigan and projects as a TE. He moved like one in the different tests. He is also a guy with the frame to grow into an offensive tackle at the next level. Johnson Central isn’t known for throwing the football, they have missed the boat a little in regards to somewhat wasting the deployment of a Zach Russell in the across the middle throw game.

As for the linemen, Long said Anthony Johns from LCA is just as fine of an offensive lineman as you will ever see produced from the high school ranks. He’s just solid from head to toe and his punch, placement, power-steps, feet, leg-drive, well Long says you could sell video of this kid as instruction on how to play offensive line.

Big John Mudd showed what made him an elite offensive lineman in the Kentucky high school ranks. Mudd’s lower half makes bull-rushing him, once he sinks, an action in futility.

We thought Dravin Routt was devastating working along the interior. We know Mason County deploys the 5-10, 235-pound attack dog at DE and, with his mobility and speed, we certainly see why they would. However, his quickness, burst, strength, and power made him a matchup nightmare for kids aligned at both center and guard yesterday.

Bridger Knee looked really good. Anyone who enjoys watching the Purples play in Bowling Green won’t be surprised by this bit of news. Knee is a hard-charger playing the outside, bend technique.

We saw young Evan Miller, tackle, Breathitt High School matched up with an end we didn’t know on a few reps and, overall, we thought the young tackle, entering his sophomore year, acquitted himself rather well. Miller looked athletic and has incredible length, probably the longest lineman there, and moved his feet nicely to stay in front of the outside rush.

When Miller figures out the whole concept of punch and how to use his reach and punch to know the outside rush off its arch, he will prove to be a really good lineman for the Bobcats. Against ends other than Knee we thought Miller looked really, really good. Miller was set to go with Bridger Knee when the session ended. We would have like to have seen that match-up.

We wanted to mention a couple young defensive linemen who jumped up and got reps against the best players there, with no fear at all. Sure, they got thumped a few times and even pancaked some but they just jumped off the ground each time and showed there was much more fight in the dog left. Class of ’24’s Hunter “Hazard Hell-Cat” Griffie and Breathitt’s Jason Perry.

Perry looked particularly tough and demonstrated a fearless bull rush which garnered him some respect from some of the combine’s elite talent. Perry took on Anthony Johns four times and Big John Mudd four-times. Johns and Mudd were the class of the combine along the offensive line.

We promise you Perry won’t play either of those linemen’s equal in the 7th-District this coming season aside from what he will undoubtedly see in practice from Breathitt’s Big Blue Wave. Both of these guys acquitted themselves well, played hard through the whistle, and brought the fight regardless of how that fight turned out. Both Perry and Griffie showed they would be special.

That is what we have for you for now. This article may be updated as more notes come in from coaches who were there.