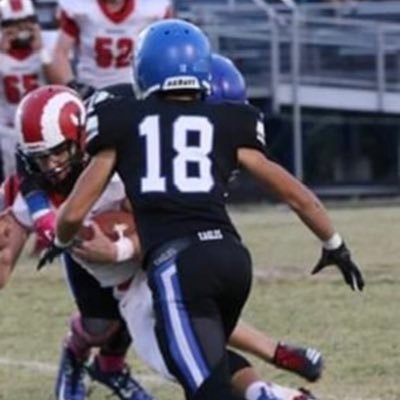 The law we routinely refer to as “SB-128,” the one which permits players to reclassify free of charge under certain circumstances may permit some abuse. However, where applied to those players who were negatively impacted by the COVID-19 pandemic the most, it may really do some good.

We have no reason to believe Jacob Dewitt, ’22, Eastern High School (Louisville), has reclassified. We believe he has matriculated along the normal path. However, the way the global pandemic ravaged the Jefferson County Public Schools a season ago, we wouldn’t have opposed everyone in Louisville getting a redo.

No one had a more “jacked-up” ’20 season than Eastern High School and its combo WR/DB, Jacob Dewitt. Eastern got 6-games of burn all season and Dewitt only got 4-games. His junior year amounted to a wash.

Dewitt is a two-sport star, also playing lacrosse for Eastern. Eastern’s status as a lacrosse power in Kentucky versus its football fortunes of late are not remotely similar.

In the lacrosse “box,” Dewitt and his teammates were right formidable. The Eastern Eagles were 12-3 a year ago and were the 2nd most highly regarded team in the commonwealth.

The football Eagles didn’t fair as well. They were 0-6. Class 6A, District 5 ain’t no joke if you will forgive the colloquial phrasing.

Still the 5-7, 165-pound WR/DB who only got 4-games of run, performed admirably in his 4-opportunities. Dewitt had 16-tackles to rank toward the top of the Eagles’ defense.

There was a Dewitt who led them in receptions and receiving yards. It wasn’t Jacob, it was James. James walked the graduation platform last spring.

Jacob Dewitt will have a full slate of games this coming Fall. He will have opportunity to demonstrate the full spectrum of his athleticism. He will be able to show any and all what kind of football player he is in addition to his being a star for the lacrosse team.

How will he do? We think well.

After all, as the great essayist Alexander Pope once wrote, “Hope springs eternal in the human breast.” It does around these parts anyway.