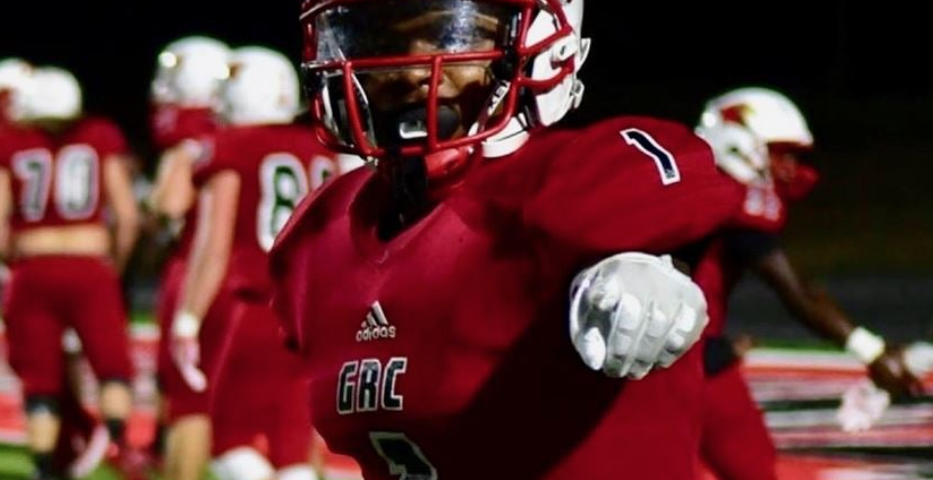 In The Holy Bible, the name Azariah means “Yahweh has helped.” Yaweh, for those who don’t know, is the name God revealed to Moses as being His. The name in Hebrew is “YHWH” and it is called “the tetragrammaton.” It is also from where “Jehovah” is derived.

We have seen Israel listed from 5-9 to 5-10 and consistently in the 175-pound range. He has been timed at 4.4 seconds in the 40-yard dash. He has commensurate vertical explosion to warrant that time.

Israel numbers several FBS-level offers, with more certainly to come, and is listed by 247Sports as Kentucky’s 15-most coveted college football prospect. We think that ranking a bit on the low side but it isn’t our ranking.

Those of you who regularly read us know we are all about the statistics at KPGFootball. There are frames out there with college offers who disappear every time the lights get illuminated on Friday nights.

That CAN NOT be said about Israel. He lights it up when it is time to play. He’s a prime-timer.

Last season, helping to lead George Rogers Clark to a 7-5 worksheet, Israel carried the ball 287-times, gained 2,346-yards from scrimmage, and scored 28-rushing TDs. We have pulled these numbers from the KHSAA website.

Assuming the numbers are accurate, that is gaining 195.5-yards per game, scoring a TD every 10.25-carries, and averaging nearly 8.2-yards per rushing attempt playing 6A football. Now, Israel may have done a bit better in 2019 than the statistics inputted for him indicate.

Israel self-reports scoring 30-TDs, in 2019, and we have no reason to doubt it. The statistics collected on the KHSAA website for any season are only as good as the coaches inputting the data. Often, after dropping the last game, the coach in charge of updating those statistics just never adds-in the last game.

That is a ton of production from one player. Defensively, where he played a limited number of snaps, he still came away with an interception and a fumble recovery.

Allow us to translate…he’s a playmaker. Israel’s always around the football, whether or not you limit his snaps. When you need a play, he’s very likely the one who will give it to you.

That is a fine trait to have in a football player at any position. We call those guys “Ballers!”