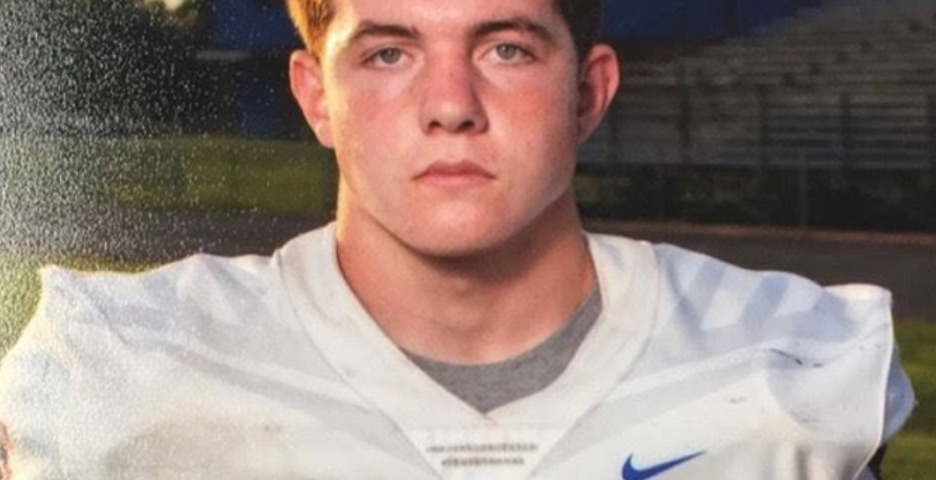 In spite of the star-power, they really had an unimaginable struggle in 2019. This is especially true for a Class 6A program with two primetime, Division-I FBS, Power-5 players in the Friday-night lineup.

We would suppose that was the reason for the offseason coaching change. Coach Edge is a proven winner and will whip those boys into a formidable team quickly in 2020. Wait and see!

To be fair, we don’t really know whether or not Weedman caught any passes those three years. That is what the riherds.com, KHSAA official statistics have recorded. Those statistics are shoddily kept by some schools.

We don’t know whether the former staff were diligent in keeping those statistics accurately or not. If they were, then they weren’t throwing the football to the nation’s 77-th best TE, and the top TE in Kentucky. Did we mention the coaching change at year’s end?

It really is a disservice to athletes when those statistics aren’t kept diligently (as an aside). For all we know, Weedman may have been snagging 50-balls a year and the coach whose job it was to input stats just didn’t do it.

Schools are REQUIRED to turn in those numbers. Schools are supposed to be fined for failing to do so.

Regardless, Weedman being a top-flight TE is news to us. At KPGFootball, we have always considered Weedman a top-flight, first-class DE. He has played quite well there.

In 2019, we are assuming with teams running away from him because, after all, what teams would game-plan to run the ball his way (that would have been stupid), Weedman had 41-tackles, 12 TFLs, and 12-QB sacks. According to the season results, it would appear Apollo didn’t have much else defensively.

Consider, the Eagles gave up 56-points in its season opener, while scoring 66, to hapless Warren Central (4A). Central has lost 45-straight football games and hasn’t recorded a win since beating Warren East on October 16, 2015.

The Eagles got pounded by Caldwell County (2A) 43-21. The Eagles let district opponent McCracken County score 81-points against them in the regular season and beat them 57-0 in the KHSAA playoffs’ first round.

Weedman has offers from Kentucky and Western Kentucky, and is a Kentucky-lean from everything we have heard or read. Weedman has the ideal frame to play either position.

What has surprised us is why he isn’t being more widely recruited especially for a guy ranked by the major services as Kentucky’s 13th-best prospect and the 77th-best TE in the country. TE’s are hard positions to fill and it is difficult to find guys athletic enough, with the frame and length to play over the middle, and the bulk to be the OL’s “sixth” player.

Here is that guy. He meets all of the physical requirements. Recruiting is a funny business. We may never figure it out completely.

There have got to be more than two-schools interested in the nation’s 77th-best TE. There are 130-schools which field football teams in Division-I’s FBS.

This kid is being under-recruited. That is a mouthful because the two offers he has are outstanding offers.

KPGFootball would be marketing Weedman as a DE. It is where his skills have been more showcased on the prep-football level.

Regardless, this is a young man who has been highly regarded for years in Kentucky. He is going to have a bright future in football and will play at the next level for sure.

For the immediate future look for the Eagles to be a vastly improved team this coming Fall. They changed coaching staffs at the end of 2019 and hired a proven winner in John Edge.

Edge is certainly inheriting a roster which already boasts some big-time talent. We would be shocked if the Eagles weren’t a factor in the First District title chase in 2020.