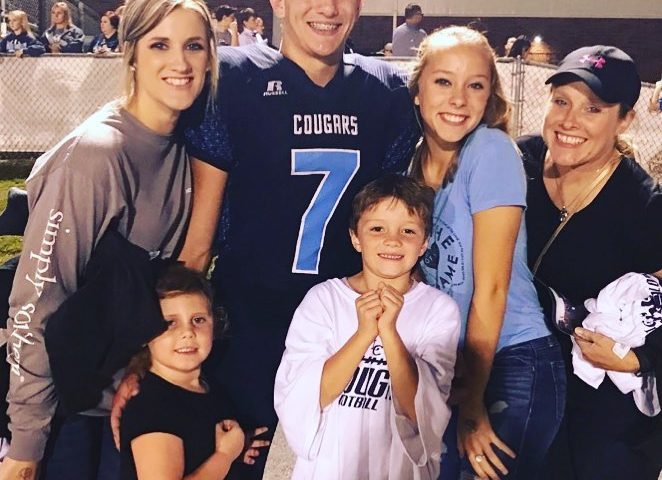 We are told you have a 1 in 3,000 chance of being struck by lightening sometime in your lifetime. If we are being honest, that is way more likely than we would have ever thought.

We are told a team only has a 5.5% chance of winning a game on the game’s last play. We would think Tyler Ezell’s chances would be much higher, it seems as thought he is always doing it.

Some of you out there in Kentucky may not have heard of Tyler Ezell. That is a real shame. Why? Well, because all he does is win football games playing the position on the field where that is most likely accomplished (QB). That is really all he has ever done while under center for the Logan County Cougars.

He was pressed into the line-up for a struggling program in 2016 and threw for a very respectable 1,837 yards passing with 16 passing TDs. The team, on Kentucky longest losing streak at the time, managed a lone win, in its last game of that season at Todd County Central.

As a sophomore, he would throw for 1,611 yards passing and 19 TDs. The more telling stat? Well, that would have been the teams improvement from a one win season over his freshman year to 11-1. Ezell would engineer several “last-play” wins that year including beating Hopkinsville, during the regular season on the game’s final play and leading the team to a win over North-Hopkins on the last play too.

Now Ezell is a senior, and guess what? He’s doing Ground-Hog Daying it just like in the popular movie. He’s winning again, and has his Cougars 6-0. If you are keeping count, Ezell has won 28 football games under center for Logan County High School.

He has won games any manner of ways. Friday night, Ezell went to one of his favorite tricks, and one he has done on numerous other occasions.

Friday night in a game pitting two of the very best teams in Kentucky’s 4A Classification, Ezell won another game on the last play of the night in leading his Cougars to an improbably 26-24 victory over a Madisonville North-Hopkins team which had just taken the lead with under a minute remaining.

Ezell completed 17 of 33 passing attempts for 308 yards passing and 3 TD passes. He rushed for 46 yards to lead the team in that category too with a rushing TD, accounting for 4 on the night personally.

Logan has to play Hopkinsville on Thursday night in Hopkinsville. Hopkinsville, who has had the Ezell lightening strike them right in the heart on the game’s last play in 2017 (in a game which was also in Hopkinsville) has to wonder, how many more times can Ezell do something like this?

There are lots of teams wondering that. He has done it to so many football teams. Surely, he can’t keep doing it?

Well, we aren’t sure of that. We wouldn’t bet against him nor would we advise you too.