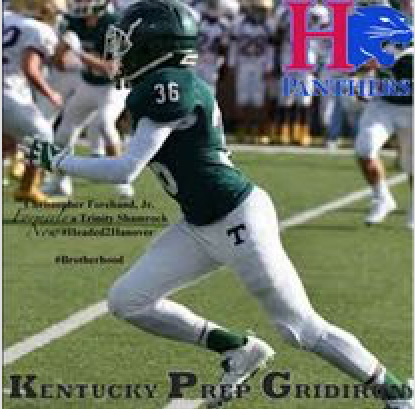 We cover high school football in Kentucky. There are those who believe we over cover it. We disagree.

This one has particularly been a doozy. FBS teams have no idea how many slots they even have on the 85-total scholarship limit sliding into National Signing Day which is slated for Wednesday of this week. What make matters even more complicated is the fact big time FBS players, with multiple years of eligibility remaining and absent penalty from the NCAA enter the transfer portal daily.

FCS programs are complaining they don’t have any money. It has been awhile since they have collected a gate, they are NOT getting any “show up and get beat down” money from the FBS, and they have no relief from their 52-player scholarship limit.

Guess what? There are players in the portal they would prefer to a high school kid they “hope can play.”

Hanover College gained a big commitment last night. The Panthers, whose Kentucky recruiter, Justin Robinson, has been tearing it up around the Bluegrass, has gained a commitment from Kentucky Future Star and multiple-year starting cornerback, Christopher Forehand, Jr., from Louisville’s Trinity High School. The Shamrocks are Kentucky’s top high school football program.

Forehand has been a stalwart in the Shamrock defense’s back four. He has consistently been among their leaders in forced fumbles (strips, like the one he forced against St. Xavier just this past season, pictured to the right), interceptions, passes defended, and tackles made by third-level players. While he didn’t get an interception over the COVID-shortened senior season, that had a lot to do with the fact opponents avoided (at all costs) throwing it to his side.

It comes as no surprise Forehand was a leader on a defense considered by many to be the finest to have ever played in the high school ranks in Kentucky history (four shut-outs in 11 games, didn’t allow a single point in the final 3 of its 4 playoff games, and allowed 4.8 points a game over ten games). Those of us who follow the Kentucky Future Stars’ program have known him to be one of Kentucky’s elite players at his position since he was just a middle schooler.

Hanover has landed a big one here. Early tip-they aren’t through.

We have learned, and don’t feel right disclosing this until the kid does, that another Derby-City prospect has de-committed from a program to which he committed not long ago and has flipped to Hanover College. We are going to leave it right there, but it is another huge get for a Panther program certainly on the prowl.