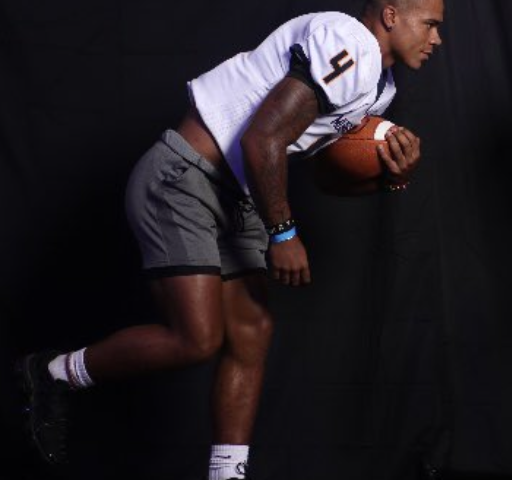 We got a call from one of our agents in the central Kentucky area. He asked us, as soon as we picked up the phone, “How has it worked out for the ‘hold-backs?’ Has anyone improved his lot significantly?”

This has been an interesting question. If I were coaching football at one of the colleges fielding a football team in Kentucky I might be charting these guys to see about whether I might get a shot to get in on a player the second time around on which I missed the first time.

We believe the “hold-back” experiment has paid some dividends for the reigning “Mr. Football.” Cam Hergott at Beechwood parlayed coming back into an offer from EKU and quickly committed.

We don’t know how it has worked for many others. It seems to have worked out great for Mayfield’s Ky Galbreath.

Galbreath is a guy who had formerly rushed for close to 3,000 career yards before signing last year with Lindsey Wilson College to play football. He was released from that signature and returned to Mayfield.

Now Mayfield has certainly benefited from his return. The Cardinals are 6-0 and look poised to make a run toward Kroger Field after a 2nd-round exodus from last year’s playoffs.

Galbreath has only five games of stats reported on the KHSAA website. We don’t know what he did against Ft. Campbell yet, but we know he took one 42-yards, seconds into the game’s first quarter, for his 9th-rushing TD on the year.

He has caught five (5)-balls in the first five (5) games for 107-yards receiving with two (2)-TDs receiving. Galbreath is leading the team in scoring, rushing, and rushing TDs.

Defensively, where he plays limited snaps, he has a TFL and an INT. He has caught the attention of the Murray State Racers, where he has visited.

Now, should he land at Murray State, or any of its OVC brethren, we believe you could add his name with that of Hergott’s of players able to mold the situation to their favor. There are plenty of others who don’t feel like they have done nearly as well.

We have been contacted by some former 21’s. Many of these have called teams to which they were formerly either signed or committed to ask whether the former offer is still on the table. Many tell us they have been told, “Let’s wait and see how our money situation shakes out.” Translation: No.

This is a question we won’t be able to answer for a couple years. This whole hold-back thing was well meaning, reasonable, and well intentioned. It will be interesting to see, once it all shakes out, whether the holding back was worth it and for what percentage of the players electing to do it.