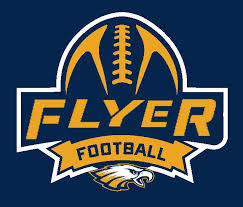 Over the course of the season, KPGFootball likes to hone in on certain key matchups from different classifications of Kentucky High School football. We are far enough into the season where the cream is rising and the chaff is starting to be sifted to the bottom.

Today, we will take an in depth look at a football game which will be played this Friday night in Frankfort, Kentucky. The game, between the Anderson County Bearcats, from the 5th district, and the undefeated Franklin County Flyers out of the 4th district, will be hotly contested and worth the travel should any of you elect to go watch it.

Before we begin, we would like to say we prefer taking an in-depth look at the teams statistically, which the Anderson County coaching staff has elected to make difficult on us by completely failing to keep any stats updated on the KHSAA’s website maintained for just that purpose. That aside, we will provide what we have and know, utilizing whatever resources we are able to muster.

What does the Computer say?

First of all, let’s look at the matchup as previewed on the MaxPreps site. MaxPreps uses an algorithm to arrive at where teams stand within both the nation, the commonwealth, and the classification in which it competes. The Maxpreps’ algorithm is both owned by and employed by CalPreps.com.

This is the computer which will be used for seeding teams at the end we believe. That data is meaningless at the beginning of any season somewhat, but gains in accuracy as the games play-out.

We would like to first say, there are literally not even close to 59 Kentucky High School football teams who can stay on the field with Anderson County. There may be 30. We voted Franklin County 7th in our Class 4A, top-10 AP vote and they finished 7th in the final AP weekly poll. The computer has Franklin appropriately valued we think.

What have they both done to date?

Anderson County has played three opponents with a combine won-loss record of 4-5. They beat Spencer County 42-13, beat a winless Madison Central team, 23-21, and lost to an undefeated Mercer County team 15-13.

The Jimmies and the Joes…

Anderson County boasts Kentucky’s finest prospect and player at DE. Darion Dearinger is holding several FBS offers with many more forthcoming for this 2021 prospect before it is said and done.

The 6-4, 255-pound terror off he edge has 29 tackles and 4.5 sacks in 3 games with an astronomical amount of “pressures.” Teams run away from him and wisely.

Zach Labhart is listed at 6-0, 205-pounds but he is either grossly heavier than that or certainly runs and looks like 205 doesn’t come close to encapsulating the actual load assumed by would-be tacklers. We would put Labhart at around 230 and he isn’t looking to run-around anyone.

Anderson County is big up-front, running behind guys like Dearinger at TE (255-pounds), Ryan Stratton at Center (6-6, 330-pounds), and Floyd Johnson at Guard (6-2, 305-pounds). When Anderson County gets down-hill with Labhart and play the power football they are set up to play, they are one of the best teams in the 4A classification. When they get pass-happy, like against Mercer County, they can get themselves in trouble.

Franklin County‘s attack begins and ends somewhat with the athlete they have at QB, Nick Broyles. Broyles on the year so far has completed 39 of 55 passes (.70909091 completion percentage) for 686 yards passing with 8 TD throws against one thrown interception. Broyles also leads the team in rushing with 22 carries for 241-yards and 3 TDs rushing. That’s accounting for 927 total yards of offense in three games. No wonder they are undefeated. If Anderson County can’t corral him, they will remain undefeated after Friday night.

Tariq Lester leads the running game among the RBs. He has 209 yards rushing in 26 attempts with 5 rushing TDs.

The leading targets in the passing game are Carmeron Phelps, who has 7 receptions for 234 yards and 2 scores; Fred Farrier, who has caught 9 footballs for 192 yards and 2 TDs; and Braedyn Tracy, who has 10 receptions for 150 yards and 2 TDs. Basically, Broyles spreads it around the field, distributing the football evenly between three targets. Hard to cover three capable receivers. Most teams are luck to have one.

Defensively, Franklin County’s leading defender is LB, Brady Holleran. Holleran has 37 stops, 5.5 TFLs, and 5 sacks to go along with the team’s only interception on the young season. Jayden Mattison really helps out defensively too with his 33 stops and 5.5 TFLs.

We like Anderson County as a football team and certainly love some of the individual talent it boasts. However, that being said, we don’t know which Bearcat team will show up on Friday night.