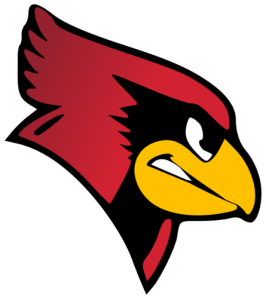 He arrived on the varsity scene at Taylor County High School having experienced the most ballyhooed middle school career imaginable. Logan Parker was a fixture on every all-star team imaginable. He was on both major Team-Kentuckys, Future Star and FBU Elite. He was listed as one of the top prospects in the entire country by Youth1.com, which is the big-league rating service for players that age. He was selected to our 2017, KPGFootball, Sophomore All-State team. All of those accomplishments aside, he has turned into somewhat of a forgotten man.

At KPGFootball, we don’t know what has happened with Parker. Either he has stopped going to camps, stopped attending combines, or found different pursuits to follow but we haven’t been hearing his name recently as much as his unique gifts, frame, immense strength, and playing ability would all indicate we should. So, we thought April 1 would be as good a day as any to pump a little life into the Logan Parker is one of 2020’s top football players in Kentucky campaign.

Logan is an athletic, quick, and fast 6-2, 270-pound footballer. Offensively, he has been deployed in the backfield for much of his high school career. Last year, at fullback, Parker carried it 54 times in his 14 games of action, gaining 273 yards and scoring 4 rushing TDs. Parker was principally a lead-blocker as those numbers certainly indicate.

Defensively, Parker aligns both inside and out. Shuffling between tackle and end, and firmly in every opponents scouting report filed under Don’t run the ball at him, Parker had 48 tackles, 3 TFLs, and recovered a fumble.

Parker, inspite of weighing in at 270-pounds, has registered running speeds of 4.9-seconds in the 40-yard sprint and 4.88 seconds in the pro-agility shuttle (5-10-5). Logan, who has long been one of the strongest, most powerful, and most explosive players in the 2020 class, sports a bench-press of 350 and a back-squat of 455.

The most important aspect of Parker is the impact he has had on the Taylor County program. In the three years prior to his joining the varsity roster, Taylor County went 3-7, 4-7, 5-6 respectively. Since adding Parker to the lineup, the same team has gone 7-4, 7-4, 12-2, with a senior campaign upcoming in 2019. KPGFootball would say Logan Parker has clearly and positively impacted the Cardinals play over the course of his tenure in the lineup.

As we come into the 2019 season, there will be lots of stars to discuss around the commonwealth of Kentucky. Let’s not forget Parker. Let’s not overlook Parker. In our estimation, he’s where he has always been…amongst the very best players in his graduating year.