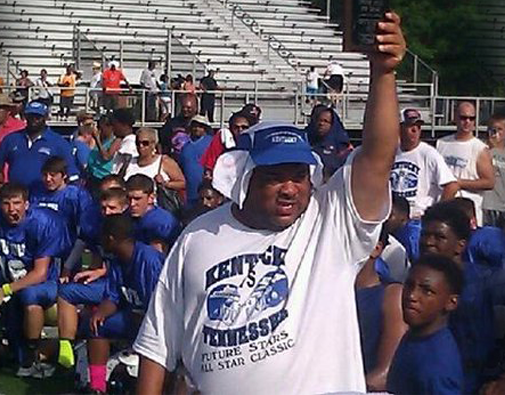 This coming weekend, the Future Stars tryout’s will be at Barren County High School on the 13th of April, at Pleasure Ridge Park in Louisville on the 14th, and there will be a tryout hosted by North Pulaski Middle School on the 20th of April.

The Louisville location was going to be at Saint Xavier High School but the staff anticipated the tryouts would take longer than the time the school was willing to allot. Instead of not giving the Louisville area kids a fair look, the staff elected to hold the tryout at the Pleasure Ridge Park facility instead.

All tryouts will feature the following registration and start times: Registration For 6 & 7th Grades 10:30 am with a Start time of Noon(12pm est)!! 8th Graders Registration 1:30 with A 3pm Start Time!! The registration fee to tryout is $35.00!

At the conclusion of the tryouts at Barren County High School on the 13th and the Louisville tryout on the 14th, and the southern-KY tryout (N. Pulaski MS) on the 20th, KPGFootball will publish an article detailing some of the extraordinary performances and who are some of the players likely to make the team from our vantage point.

When the team is announced, it will be published first right here on KPGFootball first. So on the appointed day, you will want to monitor this page like last year.

These evaluations by the Future Stars staff are heavily considered by our middle school All-State football selection committee in selecting our All-State Football Team. Show up and be ready to show-out.