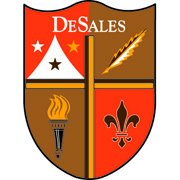 There was a guy once who, as chance would have it, was a Catholic priest named Martin Luther. He was somewhat upset about the Church’s practice of Indulgences which moved him to author and published a document entitled the Disputation of Power and Efficacy of Indulgences, a.k.a. the Ninety-five Theses in 1517. He, of course, famously nailed it to the door of Wittenberg Castle Church. As I am told, the unexpected and, at least by Luther himself, unwanted result of his attempt to reform his Church resulted in the Thirty Years’ War terminating with the Peace of Westphalia firmly establishing a Protestant break from Catholicism. Well the Catholics and Protestants will renew a fight for mastery tonight in the good natured, amateur athletics sense, with both seeking the Class 2A, Region 2 Crown and a ticket to the State Semi-finals against either Mayfield or Owensboro Catholic.

First, let’s look at the Colts from Francis de Sales High School. DeSales enters the contest 12-0 and has scored 476 points in its 12 wins. The Colt Defense has been as stingy as the Offense has been productive. The Defense has allowed only 97 points in 12 games. This is an average scoring margin of approximately 40-8 per game. The Colts, and fittingly if you really think about the Mascot, have rushed for 3191 yards on the season or an average of nearly 266 yards per outing but have only thrown for a little over 63 yards per contest. By virtue of the fact the Colts have allowed 407 yards on the ground to the opponent and 1020 through the air, it would appear the Defense’s only susceptibility is via the pass, though it isn’t exactly like teams are lighting them up through the air. DeSales, this year, beat both Butler, who is a 6A football program which just put Louisville Male out of the playoff in the second round and, itself, is playing for a Regional Crown, and Fern Creek, who plays in the 5A Classification and made the playoffs in 5A losing narrowly to Anderson County in the 1st round. Of course, DeSales also bested CAL, 21-3, earlier in the season. Oh well, DeSales isn’t hosting the Defending State Champions tonight for nothing.

As for the Christian Academy of Louisville, they are 10-2 on the year with a close loss to Newport Central Catholic, who were so/so this year in Class 2A, District 6 (6-6, and put out in round 2 by Glasgow) and to DeSales 21-3 at home back on September 6. On the bright side, CAL was the only football team to beat Class 3A E-town who plays in the State Quarters this evening against Caldwell County, the only team to beat Class 4-A South Oldham who plays Covington Catholic in the State Quarters in Class 4A, and one of only three teams to beat Class 6A Central Hardin (who CAL blanked 15-0) who is playing Davies County in the State Quarters tonight. Can’t say they haven’t played or beaten anyone. Now the Centurions have scored 360 points on the year only surrendering 105 for an average scoring margin of 30-9, or thereabouts. The Centurions have rushed the football for an average of 143 yards per game and have thrown for 110 yards per contest. The Centurion Defense is permitting opponents to rush for 104 yards per game and throw for an average of 48. Basically CAL is adept at stopping what DeSales can’t do anyway, which is pass the football and, when CAL permit yards at all, CAL’s defense seems to be more likely to permit teams to run the ball, which DeSales does better than anyone CAL has played, other than DeSales.

The Final Analysis: Winning in the regular season isn’t the same as winning in the State Quarters. I mean Logan County had beaten Hoptown in the regular season, just this year, and the Tigers crushed them last week, with the score standing at 43-0 with over seven minutes left until half. It all depends on which teams show up tonight. I would say the CAL team which beat Central Hardin can beat DeSales. However the CAL team which lost to Newport Central Catholic could lose tonight. The DeSales team which crushed almost its entire schedule may be tough for CAL to beat but the DeSales team which only beat a 5 loss Lexington Catholic team 38-26 could slip up tonight and have CAL ruin its perfect season. Both of these teams have been here before as DeSales won back-to-back State Championships in 2013 and 2014 and CAL won the State Title just last year. Carrying on the denominational theme with which this piece was initiated, it would appear the only teams to beat CAL on the year have both been Catholic Schools. I believe this group of Protestants will find themselves unable to stem the unfettered wave of Catholic fervor which will swarm the home field tonight. Kentucky Prep Gridiron believes DeSales will move on to meet Mayfield in next week’s Semi-Finals.