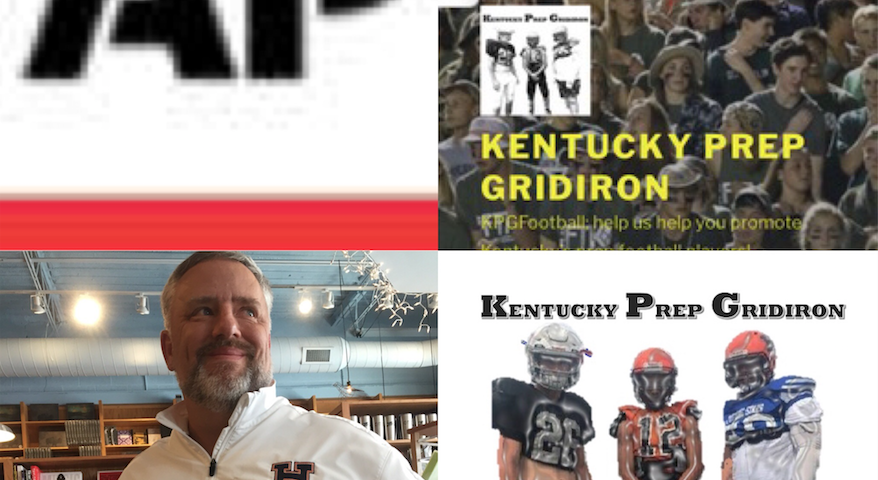 It is the most pernicious aspect of youth league sports. While it has completely permeated and overtaken little league baseball, it exists in every sport, football included. It is called Daddy Ball but it is perpetrated by way more than daddies.

Honestly, in the sport of football, it may be most perpetuated by mothers, though from the commentary emanating from the grandstand and not from the substitution patterns exhibited on the sideline. All parents want what is best for his or her child, but when it begins to interfere with the team’s goals, it simply has to be checked.

I am talking to the reader today more so as an individual and not so much as the senior writer at KPGFootball. I prefer, when publishing on this site, to limit my commentary to that which is the bread and butter of KPGFootball and, therefore, mostly use third-person, as opposed to first-person, pronouns. I have elected, and KPGFootball has permitted, my taking off my sports writer’s hat and substituting it for just being “me.”

My son, William Long, made a little league all-star team in Clarksville, Tennessee when he was 10. I will never forget arriving to watch the first practice.

It seemed the fathers outnumbered the players in the team’s dug-out. I made the flippant comment, With all the management this team appears to enjoy, there’s hardly room for players. The respective daddy’s managerial committee to whom I made the comment wasn’t amused.

Well, as fate would have it, the biggest stick on the team, and a player who should have been starting and batting in the middle of the lineup, was riding the pines and playing intermittently. His father was complaining to me that it was killing this kid’s confidence and his son didn’t understand why he wasn’t more regularly on the field.

I knew full well why he wasn’t playing. His father wasn’t one of the team’s nine managers.

One of the managers’ wives heard us talking and went to her husband and related to him her take of the conversation on which she had eves-dropped, uninvited. He confronted me about the commentary. He accused me of sewing the seeds of malcontent among the parents in the grandstand.

If we are seeking precision, I wasn’t the one chiefly complaining. I was, largely, commiserating and listening to a parent’s entirely legitimate complaint.

However, I wasn’t, in the face of confrontation, going to deflect to the parent who had come to me in confidence just because the manager’s wife had eves-dropped in on a conversation to which she was neither invited nor a party. The conversation was conducted in a hushed manner, as it really wasn’t intended for publication outside of the two parties to the discussion.

This lady had to considerably strain to over-hear our private conversation. She had exerted quite an effort, I mused.

Well, the father, who was just one of the myriad coaches on the bench of the largest little league baseball managerial staff ever assembled, informed me that all of the coaches were volunteers, unpaid, and just there for the kids. I felt relieved we weren’t actually paying the inordinate number of coaches, but I digress.

Not being one to be preached at without retort, I told the Daddy/Manager that he most certainly was being paid. He had elected to coach the team, and accept as payment, the assurance his son would play as opposed to his son’s having to compete for a spot in the lineup.

He wasn’t there for the kids. He was there for his kid.

So when does a father coaching his son cross over from legitimate to Daddy-Ball? Where is the line, so to speak.

There are many examples of Dad’s coaching their sons in football across Kentucky. George Hatcher, for example, who has coached in high school football some 40 years at varying levels of responsibility from head coach on down, is on the staff where his son Peyton is a star linebacker at Somerset High School.

Peyton Hatcher starts at LB for any team in Kentucky, whether George is on the staff or not. He’s not routinely in contention for the respective All-State Football teams across the commonwealth for nothing.

That isn’t Daddy-Ball because Peyton isn’t on the field because his dad is on the football coaching staff (not that it matters, but Coach Hatcher doesn’t coach linebackers anyway). To be Daddy-ball, it has to be apparent your son just doesn’t deserve to play, and the fact he is playing is owing to the fact you have made yourself the decision-maker over the distribution of playing time.

When Coach Maravich played Pistol Pete, for instance, at LSU; or Wade Houston started Allen Houston at Tennessee, it wasn’t because Pete’s and Allan’s dads got coaching jobs for the teams where their sons were playing. Actually, in the case of Wade Houston, Tennessee gave him the vacant head coaching position just to get Allen to come play basketball there.

Pistol Pete Maravich and Allan Houston played, and would have played, if both of the teams had been headed up by two coaches who absolutely hated both their families and them. They were just too good not to play.

Here’s how you, as a coach, know if you are Daddy-balling: If your son’s backup is (even arguably) as good as he, and you wouldn’t even consider playing him, you are a Daddy-baller. If your son’s backup is better than your son, and the fact of your son’s playing detrimentally impacts the integrity of the sport and the success of the team, you should be immediately relieved of your coaching responsibilities. In the latter case, your bias in your son’s favor has eroded your objectivity.

There is nothing wrong with coaching your son. Some father’s coach their sons to insure that his teammates and he get a quality foundation built in a respective sport they don’t trust some other dad to properly construct.

I told my own son, when I coached him, that if another kid on the team was as good as he, I would be forced to play that kid over him. When my son was 10, I did exactly that.

I benched my son from the defensive starting lineup in favor of a kid that appeared, at least to me, to be as good as William, though no better. As good, to me, was good enough reason, in my mind, to start the other kid over my own, to avoid even the appearance of impropriety.

What I am seeing as a parent, with leagues today in a variety of different sports, are fathers who are, unabashedly and without a moment’s reservation, playing their sons when their sons are absolutely terrible. In some cases, I have seen coach’s sons who are the very worst player on the entire team, not just starting, but playing every minute of every game to the crowd’s understandable derision.

It is causing dissension on sidelines, and in grandstands, and has erupted into very ugly confrontations. This has, regrettably, has also resulted in violence as seen in headlines across the nation.

As someone who also loves his children, be honest with them and yourself (perhaps principally). If you want to coach your son, do so with some integrity.

Make him earn his time on the field and don’t be afraid to start a kid over him where that kid is deserving. After all, once you decided you’re a coach, you are every kid’s coach on that sideline, and not just the one or ones to whom you happen to be related.

Editorializing today more so than reporting on KPGFootball‘s behalf, this is Fletcher Long reminding all of the ballers out there that #WeGotUCovered and to PLAY THROUGH THE WHISTLE.