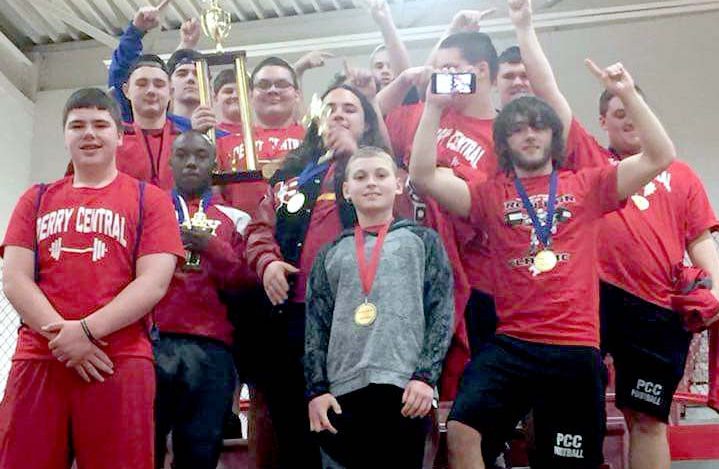 We here at KPGFootball have been effusive in our praise of high school strength & conditioning programs and the impact it can have on your football team’s play. Well, it would appear new coach Ovie Canady at Perry County Central High School in Hazard, Kentucky would agree. He is an avid supporter of the Powerlifting team at Perry County and not just because his son, Noah is its star lifter in the 250 pound classification. Coach Canady was formerly the head football coach at his alma mater, Evarts High School, for a couple of years prior to its consolidating into Harlan County High School. After consolidation, Coach Canady became the defensive coordinator for legendary head coach Tom Larkey at Harlan County before moving with him to Perry County Central, taking the reigns upon Coach Larkey’s retiring.

So, Coach Canady finds himself inheriting the reigns of a PCC Commodore club which went 7-4 in District 8 of the 5A Classification, but ended the year losing 4 of its last 5 games. To boot, how do you replace a coaching legend in Tom Larkey who went 303-136 in 37 years of coaching high school football? Well a good place to start is having young talent like son and Class of 2020 defensive line standout, Noah Canady. Noah is a 250 pound stud, upfront, for the Commodores. Last year, Noah tallied nearly 40 tackles playing with his hand in the dirt at DT, though only a sophomore at the time. At the State Powerlifting meet this past year in Elizabethtown, Kentucky (Central Hardin) Noah bench pressed 290 pounds while power cleaning 255 pounds for a combined total of 545 pounds, good enough to finish third. I have been told by Coach Canady that Noah would have won his weight division if they only would have tested the back squat among the tested lifts as Noah can squat an incredible 575 pounds. We don’t believe it to be a difficult predication that Noah Canady, with numbers like the foregoing, and the way in which they relate to playing football, will be a very hard defender for offensive linemen to block, trap, or dig out of a hole.

As for the Commodores of Perry County Central, well, they lost 8 seniors off a team which opened with 6 straight wins before limping out of the regular season and entering the playoffs 7-3. Perry County drew a tough Southwestern ball club from Somerset, Kentucky in the first round and got absolutely shellacked 56-8 in a performance the Commodores would probably like to forget. Still, the Commodores were able to churn out over 3,000 rushing yards last season and score 368 points over their 11 contests. They also return leading rusher, Jayden Neace, and the 1,754 yards rushing he contributed last season over his 238 rushing attempts. So, needless to say, the cupboard at PCC is far from bare. Perhaps, with an improved passing attack (as last year’s only gained 542 yards for the season) and a better defense led up front by Noah Canady (which will need to be quite stingier than the unit which allowed 331 points a year ago) then Coach Ovie Canady’s first season could well be one remembered around Hazard, Kentucky for quite some time. You know, focusing on improving the defense, to go along with a potent offensive attack, sounds like a good reason to elevate the defensive coordinator to replace a retiring coaching legend. What do you think?