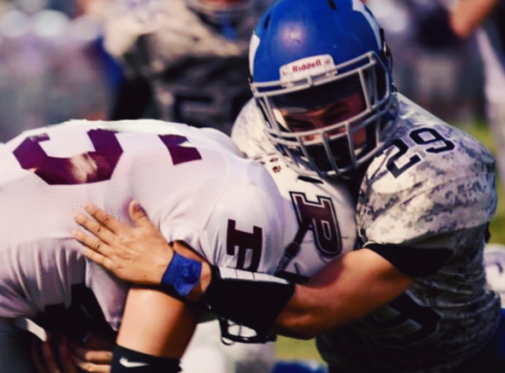 If you are a regular reader of the site, and read last evening’s submission about the QB controversy which, at least in theory, potentially exists between returning starter Jake Hyden and transfer Josh McClurg, then you probably noticed that, while we can’t say for sure who’s going to throw the pigskin for Paintsvile this upcoming season, we are reasonably assured whom will be catching it. Twins, James and Chris Allen, are returning for their senior seasons and they finished as the top two receivers last year for the Tigers in the order we have them listed. James caught 21 passes for 341 yards and 3 scores while his twin brother Chris caught 17 passes for 236 yards and two scores. This may not sound like a lot of production but one has to remember there weren’t but 86 balls caught by the entire team last season. In light of that, two receivers accounting for over 44 percent of every reception is quite noteworthy. You should also remember they were being targeted by a freshman at quarterback last year, who performed admirably, but was a freshman nevertheless.

The entire measure of a player like Chris Allen on a high school football team can’t be fully reduced to how many footballs he may have corralled over the course of a season. Chris, who is a multi-sport athlete at Painstsville High School, also playing for its basketball team, followed up a sophomore season where he had in the neighborhood of 50 stops, with 42 tackles last year in spite of playing in only 11 of Paintsville’s 13 contests. Twenty-seven of those tackles were solos. Where Allen’s impact on the ball club could be most tangibly exhibited is in his penchant for getting the offense additional possessions. Chris and 3 fumble recoveries and collected 3 interceptions to finish with 6 takeaways in 11 games.

If you are familiar with the site, then you know we, at KPGFootball, have already published a Class 1A preseason football poll for 2018. In that poll, we picked Paintsville number 4 in the poll. If you would like to see who was ranked either ahead or behind Paintsville, I have above provided a link to the poll. At the time we made this ranking we didn’t know Josh McClurg had transferred to Paintsville. As we are AP voters too, this may make us take another look at our rankings before the official preseason AP poll comes out in August.

Paintsville High School lost last year to Raceland in the Regional final 31-14. That capped off, and kind of put a damper on, an otherwise fantastic season. We believe Tyrese Allen‘s graduating to be quite a loss, however, Paintsville will have Tanner Smith back and he gained 570 yards last year on 89 carries with 9 rushing TDs and the best tackle prospect in the Class of 2021 behind whom to run the ball in AFI-KPG Freshman All-State Offensive Tackle Johnathan Blackburn and his 6-5 of stature and 320 pounds of heft to go along with a Class of 2021 prospect who was sidelined with injury last year in Hunter Ousley. Ousley is a 6-0, 330 pound mountain of mass who is listed at guard on offense and probably a nose tackle if deployed defensively. Either way, moving him anywhere takes Herculean effort. He may move like an iceberg but he is just as immovable, so there’s that.

On defense, the Tigers will be without several leading tacklers in Silas Stambaugh, Tyrese Allen, Tyler Couch, and Dalton Daniels but the defense returns Christian Keeton (95 tackles last season) and Jaylyn Allen (53 tackles last season), who was only a sophomore last year and is sporting several college offers for his services right now. Needless to say, with the Allen twins back, with the McClurg transfer, and with a superior athlete like Jake Hyden on hand, regardless of where he may be positioned next year, Paintsville will have a very good team next year. Will they  be good enough to win it all? Well, we’ll just have to wait and see. The one constant is that Chris Allen will play a big hand in whatever amount of success is or isn’t realized in 2018.