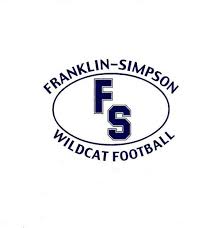 I don’t know it I have ever seen a high school running back explode into the second level with the speed of Franklin-Simpson‘s Tre’ Bass. The 5-8, 180 pound, Rivals’ 5.5 rated, three-star running back has already been offered by Morehead State University and Southeast Missouri State University and there are sure to be many offers yet to come. He is listed as a multi-purpose back and that, judging from his production from last season, would appear entirely appropriate. There may be literally nothing on a football field Bass can’t do with a ball in his hands. Before we even get to what he did offensively for the Wildcats last season I would like to point out the rising senior intercepted two passes for 109 interception return yards, housing them both. He also tallied 26 tackles in the defensive back field with 17 of those being solos. All of that aside, we at KPGFootball believe his future will be in a D-1 college backfield.

Tre’ is listed as a 2019 all-purpose running back. This appears right apt as, in addition to his yards gained from scrimmage, he had 12 receptions for 245 yards and 4 scores. As for his ability to turn it on when most needed, he was the MVP in the Class 4A State Championship game, helping to win for his team its second State Championship in football. Bass was part of a triumvirate of tailbacks whom anchored the Wildcats’ run game enabling it to amass 5,117 yards from scrimmage last year for an average of over 341 yards rushing a contest. Bass personally accounted for 1,457 of those yards with 14 rushing TDs in only 104 carries for an average of a little over 14 yards gained per attempt. These aren’t the statistics of someone spending very much time running East and West, if you know what I mean. On the year and all-told, Bass was 1,702 yards of production and accounted for 18 TDs. Not just producing on the field but in the classroom too, Bass has a 3.2 GPA and has already achieved a qualifying test score on the ACT with a composite 21.

Now the Wildcats sustained some losses to the trenches and its defensive front which will be hard to replace. For instance, the 2nd district of the 4A Classification has finally rid itself of that holy terror of an interior defensive lineman Franklin, Kentucky knew affectionately as Dion Pearson. Many Wildcat opponents had other names for Dion which I shall refrain from enunciating on this forum. This is a family site. Anyway, that aside, Mr. Pearson will be some unlucky college player’s problem next season. The Wildcats also lost Saul Brady to graduation. Brady gained 1,126 yards rushing and scored 11 rushing TDs himself last year. However, Bass doesn’t return alone as fellow Class of 2019, Wildcat, Carlos McKinney returns. McKinney gained 1,153 yards rushing a season ago with 15 rushing TDs. Overall, in spite of what the Wildcats have lost, there is no reason to think it won’t be primed for another run to Lexington. That is particularly true as long as there are players like Tre’ Bass dotting the roster.