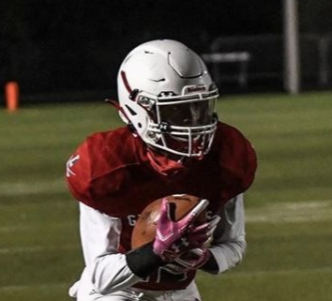 According to online research undertaken to write this feature, Lafayette High School in Lexington, Kentucky was founded in 1939. It took the place of Picadome High School.

It was built on the grounds of an orphanage, funded by the Works Progress Administration from Roosevelt’s “New Deal,” and was named for Marie Joseph Paul Yves Roche Gilbert du Motier. History would know Gilbert better as the Marquis de Lafayette, a french general who greatly assisted our country’s winning its independence from Great Britain in the Revolutionary War.

The Marquis de Lafayette was wounded in 1777 at the Battle of the Brandywine and camped with Washington and his army at Valley Forge. The school obtained the permission of the Marquis’ family to use the family’s coat of arms as its official logo, which they still do.

Lafayette was the first school in Lexington to be racially integrated. Helen Caise Wade, who had been attending the all-black Douglass High School, took a summer school course at Lafayette in US History.

The “Generals” as they are called have boasted of famous alumnae too. Harry Dean Stanton (“Big Love” and “Fire Down Below”) attended there. So did actor/commedian, Jim Varney, and Dirk Minniefield, who played first for UK then in the NBA.

Where Lafayette could stand to be a little more prolific, a little more famous-alumnae producing, would appear to be on the gridiron where the struggles have been prevalent, certainly of late. However, things are looking up for the Generals, in spite of its finishing its ’20 season 1-6.

Why are the prospects rosier? Well, it returns Class of ’22 star receiver Darreon Stewart. We know of many teams across Kentucky who would cheer about that particular happenstance.

Stewart was the team’s leading receiver in terms of number of receptions in 2020. He was second in receiving yards.

Stewart has a lengthy frame and the third-level speed to separate from the defensive 3rd-level. He also possesses the spacial quickness to get open at all three levels. If given the football with space and time to operate, look out!

As for his team, the Generals, it hasn’t been too long ago the school showed it could play with anyone. The Generals played for the 6A-title in 2015, against top-ranked Louisville Male, in a playoff run which saw them the underdog for three consecutive weeks. The Generals, that year, trailed in every postseason game, twice by double-digits. Male pounded the Generals 41-14 for the title in Bowling Green.

The Generals would make a return trip to play for the 6A-title in 2016, this time against Louisville Trinity (’85’s opponent), and this time in Lexington, Kentucky. They would get dropped by the Shamrocks, 56-21. So, head coach Eric Shaw has shown he knows the way to the “Promise Land,” even if he is yet to have entered.

The Generals claim an “at-large” football title from the 1985-season. It was the “at-large” title (champion of the non-Louisville teams), and not the overall, which they lost to Trinity that year.

Current coach Eric shaw was a freshman in high school then. Prior to ’85, Lafayette was the mythical state champion, according to the Litkenhous System, in 1953.

So the Generals do have a state crown, but not one in the modern era. To ascend to the heights it last reached in ’15 and ’16, and at least give themselves the opportunity for glory, which Lafayette will always boast the type talent to do in many, many years; the roster is going to have to find a lot more Darreon Stewart-types. We know where there is one.