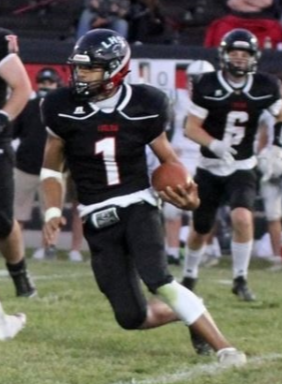 It can get hard to get noticed playing 1A football in Kentucky. This is ridiculous because there are all kinds of great players and teams dotting the 1A landscape. Bigger doesn’t always translate to better in the commonwealth of Kentucky.

I happen to have a humorous story along these lines where I will omit the names of the schools so as not to embarrass anyone. I was attending a regional championship game in the 2A classification one time. The two schools playing were both well thought of at that level of play.

The school hosting the game had won quite a few championship banners. I mentioned to a fan of the other school, which I knew to be true owing to his hat, that the host school’s number of championships were right impressive.

He responded to me, “Yeah, but those are 1A titles.” I told him, “Well, tonight you can show these guys what big-time, 2A football is all about.”

The home team, the one with all the 1A banners, won by a HUGE margin. I suppose those guys were ready for the primetime after all.

Anyway, one lesson to learn is shooting off your mouth, like that fan had done, almost always comes back to bite you. Another lesson is there are fine players all over Kentucky playing in all 6 of its classifications of competition.

Today’s feature is a fine example of this. Braxton Newborn led the 1A classification in rushing in ’20 playing for the Ludlow Panthers. He did this in spite of Ludlow having kind of a down year (4-6).

Newborn was 3rd, Kentucky-wide, in rushing in ’20 and was a demonstrably All-State caliber player on both sides of the football. Let’s take a look at his statistical production.

Offensively, Newborn gained 1,827-yards, scoring 26 rushing TDs, in 10-games in 192-carries. For the mathematically inclined, he averaged 9.5 yards per carry and gained an average of 183-yards per contest. He also led the team in scoring with 166-points.

Basically, he just kind of “did it all.” At 6-0 and weighing close to 200-pounds, we even like the way he’s put together.

This kid is a next-level player and easily. His playing 1A football should have nothing to do with that. Ever heard of Cash Daniels?