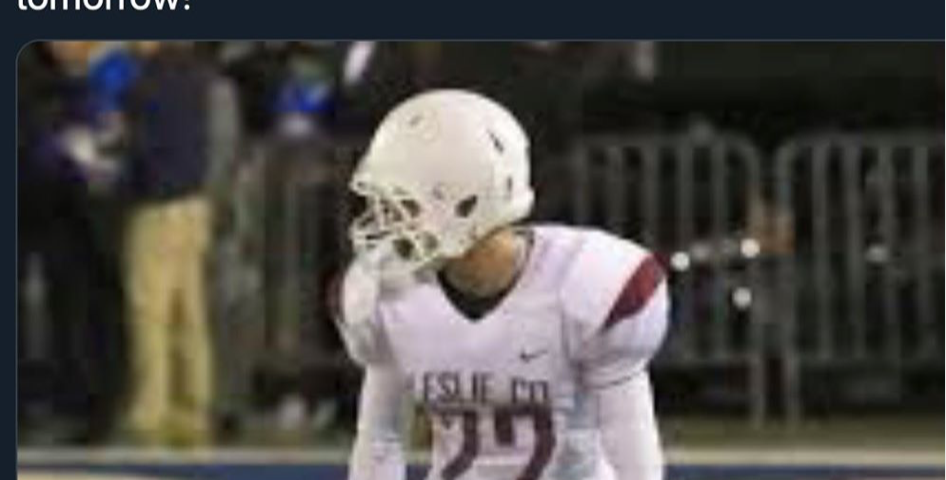 We pride ourselves in being the best informed outlet in Kentucky when it comes to middle and high school football news. That is why we have the number of subscribers we do.

That is why it should be no surprise when news as weighty and important as Leslie County’s most reliable down-field target and cover-corner transfers to a Class 5A high school, and begins practice there. Naturally, we would be the outlet which would break that story.

I mean, who besides us has their thumbs on the pulse of the sport at the levels of competition we cover more-so than we? The question is rhetorical.

Alex Farler is a former Team Kentucky player who made the Jackson Times-Voice‘s All-Seventh District (Class 2A) football team a year ago. HIs gaining selection was notable, and took some fine investigative work by the selectors, as Leslie County was notoriously poor, in 2019, entering its statistics into the KHSAA website.

Farler is leaving a team which went 5-5 a year ago in the 2A classification to join one which went 7-6 in the 5A, District 8, getting pounded by Frederick Douglass 44-8 in the Regional Championship Game. Jason Foley’s 5A “Warriors” dropped early contests to Belfry (3A), Knox Central (4A), and Wayne County (4A), limping out of the gate 1-3, before righting the ship and performing much better as the year wore along. That is an indication of fine coaching, getting better as the year wears on, by the way.

This is a solid pick-up for the Warriors, particularly offensively. Burton Blake, the starting QB from a year ago, was a senior in 2019 as was leading receiver Xavier Streeter. However, Chase Doan is back for another tour and he was the most dynamic offensive threat in 2019, rushing for 745-yards while tying Streeter for the team lead in receptions with 15.

Second leading ground-gainer, Tanner Wright, was only a sophomore in 2019. He gained 679-yards as a sophomore and returns to form the “2” of the “1-2” ground threat for the offensive side of the football. This is good news for a team which throws the ball sparingly. In 2019, the Warriors (with a senior under center) caught 86-forward passes in 13 games with only 5 of those going for scores.

That means there were only between 6 and 7 balls thrown on an average night in 2019. Having a down-field threat like Farler enlist for action should move the needle a little in that department, regardless of whom is under center throwing the ball in 2020.

We were able to catch up with Alex in connection with publishing this piece. Alex sent KPGFootball the following statement, edited for readability but not for content.

“We have moved to Somerset to be closer to my grandmother since my grandfather passed. My grandmother needs me. I intend to be there to help her all I can.”

“As a result of this, I move to the Somerset/Pulaski County area and have enrolled at Southwestern High School. I will open practice with the Warriors the evening of the 15th (June).” Alex Farler.

We certainly wish the Farlers well as we know the entire family around the magazine. This is a quality pick-up for any team and it looks like there is room for this kid on the returning roster. He will fit in well with what the Warriors have returning and with what they want to do offensively.

Kids like Farler, with his skill-set and ability, don’t grow on trees. Any coach in Kentucky would be very pleased to add an All-District caliber player to its roster, especially at positions of need.

Old Coach Lyon has never seen a team, or roster, which couldn’t use both edge and back-four speed, a corner with coverage experience, or a kid who can stretch opposing defenses with precise routes run by a receiver with good hands and separation ability. That is what the Warriors have added and if Warrior Nation is proud and crowing some about this addition; well then, they are certainly entitled to do both.