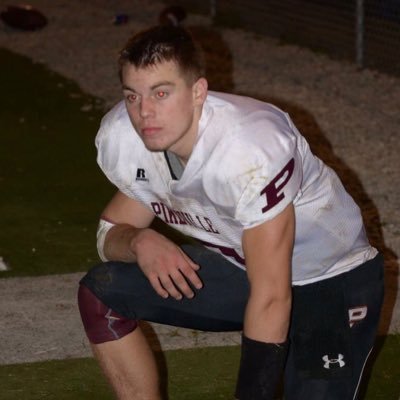 Well, we have learned, mostly from following DavidandDarrylSports.com (@DavidandDarryl on Twitter), a practice we recommend highly for anyone interested in the athletes who hail from the mountains along the Virginia, West VA, and KY borders, that Pikeville HS’s QB, Connor Roberts (Class of 2019), recently “lit-up” Clay County for 35 points in a varsity basketball game. Who here is surprised? “Not me!,” said, in unison, by just about the entire commonwealth of Kentucky’s HS football fandom.

Should anyone be surprised? After all, Connor Roberts, in 2018, was a finalist for the Coach’s “Mr. Football Award” in Kentucky. Connor was “honorably mentioned” to both the Coach’s and AP’s Kentucky All-State Football teams. Connor led his team to the State Championship Game. Connor nearly led his team to the Class 1A, Football State Championship (losing to Beechwood, 21-20). At KPGFootball, we aren’t sure you could, legitimately, feign surprise if the kid started leaping tall buildings in a single bound.

All Connor did on the football field, in 2018, was to throw the football for 1,908 yards with 24 passing TDs, rush for 1,241 yards with 18 rushing TDs, and complete 10 of his 15 passing attempts in the most important ball-game of the year (State Championship Game) for 243 yards passing with a hand in all three of his team’s TDs. If the first sentence of this paragraph seems “wordy” to you, it probably is. It takes quite a few words to encapsulate that much accomplishment.

So, Connor Roberts is a “star” in both basketball and football. What does that have to do with football? Well, according to several experts on the topic, quite a bit.

Kevin Seifert writes for NFL Nation. According to an article he wrote on this very topic, linked herein, out of 128 NFL QBs surveyed, 122 played at least 2 sports when in high school. That would be 95%, of the 128 surveyed, for those curious. Seventy-percent (70%) reported playing three or more sports in high school.

According to an address on Twitter which posts under @TrckFootball, Alabama, Ohio State, and Notre Dame’s 2014 football recruiting classes contained 61multi-sport, high school athletes, out of a possible 72 signees. Again, for the “percentage people” out there…that would be 85%.

Connor Roberts has done nothing his whole athletic career except win, succeed, and produce. Get him to come play for you, and that’s what you will be getting; a successful and productive winner. He brings to your campus and program all of those skill sets and attributes. Are those attributes and skills for which your program is looking? Well, then; look no further…