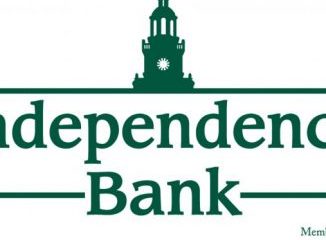 There is no better time than the present to anoint another Independence Bank player of the week. Independence Bank is proud to sponsor a weekly article highlighting players in the areas where Independence Bank flourishes who embody the same type ofrevolutionary service to their respective football teams which has made Independence Bank unique and special in the banking industry. Independence Bank has a goal of achieving everyday excellence, and this week we are focusing on a player whose performance both has and continues to exceed both the Owensboro Senior High School and Owensboro community’s expectations.

Today, we are focusing on Class of 2020, OT/DT, Carson Brooks from Owensboro (Senior) High School. Brooks attends OHS which is located right down the road from 3 Independence Bank branches on 2425 Frederica Street, 2465 W. Parrish Avenue, and 3228 KY-54, respectively.

You may have noticed we used an unusually large picture of today’s recipient of the Revolutionary Player of the Week. We have done so for a reason, and it is because it takes a picture that size to fully appreciate a human that size with a performance as big as his was in 2018. Aren’t we clever?

Carson Brooks is a Class of 2020, offensive and defensive tackle. Carson is 6-2 and tips the scales at 285, well-proportioned and wears more like 245, pounds. Can’t find any fat on this kid, but one easily finds him terrorizing the opponent’s offensive backfield from his Defensive-tackle position and guarding against entry into Owensboro’s backfield, while at Offensive-tackle, of anyone not supposed to be there.

Stats for an offensive lineman are hard to discover. What we can tell you is with Brooks along the offensive front, OHS went 10-3, scored 458 points, rushed for 1,545 yards on the year, and threw for 3,145.

It was on defense where the big defensive lineman really showed-out in a more statistically describable way. Now he registered 55 tackles, which isn’t bad but nothing about which to write home. However, he had 8 tackles behind the line of scrimmage, recorded 5.5 QB sacks, and both recovered and caused a fumble.

Carson will be back in 2019 and, coupled with first-team All-State LB Austin Gough, Brooks and Gough figure to make a formidable pair for teams tasked with playing the Red Devils. In fact the 10-3 Devils will have lots of key pieces back in 2019 and should make a strong run for putting itself in title contention in the 5A classification. Having a down-lineman like Carson Brooks around sure won’t hurt.

Congratulations to Carson Brooks from Owensboro (Senior) High School in Owensboro, Kentucky for his Revolutionary Play which has earned him this week’s recognition from the fastest growing bank in the Commonwealth of Kentucky…your friends at Independence Bank.