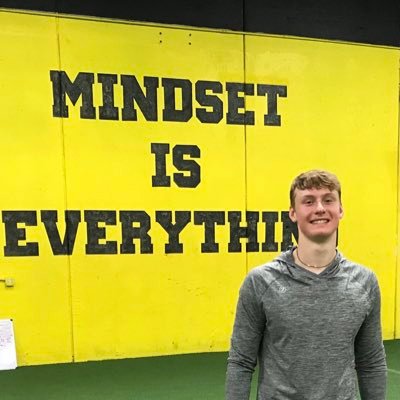 Talk about your breakout guys…can’t break out any harder than LCA’s Will Rich is doing prior to his sophomore season. This kid has been on the camp/combine circuit and to say he’s turning heads would be quite an understatement.

Rich has already set the Best of the Midwest Combine (BOTMW) on fire. He has earned an invited to the ESPN’s Elite Underclassmen Combine too. He has also been invited to FBU’s Top Gun Showcase.

As for adulation from coaches, his head coach, Doug Charles, had this to say about the young phenom after his performance at the BOTMW. “Will has a very high ceiling. We expect great things from him. Will is very athletic with a big body. I know IT when I see IT and he’s got IT.”

We agree Coach Charles would know IT when he see’s IT. We agree Will Rich has IT. You know, we know IT when we see IT too. Check our track record.

No equivocation in Charles’ (or our) assessment. Coach Charles and we are far from alone.

Coach Oakley Watkins, at LCA, had plenty to say about his young protégé. “Hard to find a young high school TE who can play in all 10 personnel sets and put his hand on the ground in 11/12.”

We mentioned earlier that Rich had attended the BOTMW combine. We have found some highlights from this combine showing Rich working in the one on one/Seven’s portion of the event. We will link the video here.

There are several things in this video we would point out to you. First of all he makes sharp cuts and quickly transitions. He is in and out of breaks in a flash, like you would want to see. This makes him a difficult second level cover. This shows his athleticism and change of direction speed.

Next, he has good length and a big frame which he uses well working against second-level coverage. He puts these slot defenders (in the video) on his hip and uses his length and frame to snare these passes. These defenders are left with little opportunity for deflection.

Finally, he has excellent hands. Perhaps, most importantly, he catches the football in his soft hands and not up against his body like so many young TE’s get in the (bad) habit of doing.

Will is 6-3 and weighs in the neighborhood of 210-pounds. He just finished his freshman season. In spite of his only being a freshman, he still played in 10-varsity games as a freshman. Finding the field as a freshman at a program like LCA is no small matter.

Will got some run on defense at OLB in ’20 and made a handful of tackles. It is always good to see a TE not afraid to hit. You know, TE’s (the good ones) do WAY more than just run around snaring aerials.

This is key information we are feeding you today. We are coming out and anointing this one of 24’s very best TE’s in Kentucky. We are saying it first.

This is one of those, “remember from where you heard this” moments. We’ll be checking back in on this prediction mid-season ’21.