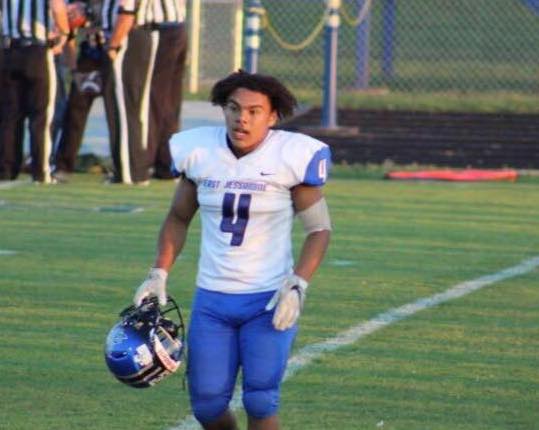 One of the most mis-attributed song lyrics in musical history came from Three Dog Night’s self-titled album released October 16, 1968. Until we did the research for this article, even KPGFootball thought it was The Beatles who sang the lyric, One is the loneliest number that you’ll ever do… Well, it wasn’t.

The lyric comes from the Three Dog Night hit single from off the album above described. The single reached as high as number 5 on America’s top-singles’ chart in popular music. The title of the track was simply, One.

Pardon the pun, but one maybe one-dering just why we opened this article discussing the origin of antiquated song lyrics from a song released before many of you reading this were even born. Well, it describes perfectly the situation Class of 2020 prospect, Cameron Segar, may experience when looking around the Jaguars’ offensive backfield in the Fall of 2019.

East Jessamine High School had a rough 4-7 campaign in 2018. The Jaguars lost the first and third leading rushers to the exhaustion of their joint-eligibilities. Taveon Dean (130 carries for 819 yards and 4 rushing TDs) is set to graduated this Spring as is Zion Morgan (57 carries for 475 yards and 3 rushing TDs).

QB Garrett Cameron is also moving along to college. Cameron will be taking his 38 completions in 89 attempts for 620 passing yards and 5 aerial TDs against 3 interceptions along with him.

Next year, when the Jaguars take the field, we surmise Cameron Segar will look around the backfield and think, to himself, how truly lonely of a number one really is. Of course, if there is a kid in central-Kentucky tough enough to handle the desertion, it is the 5-7, 165 pound Segar, whose being undersized never dawns on anyone playing against him until long after the football game has concluded.

Segar, as his highlights demonstrate well, though listed as both a linebacker and a fullback, has the physicality, toughness, and versatility to contribute in a variety of ways. As a linebacker, he reads the play well and gets down-hill to meet the run or drops into coverage with equal effectiveness. From what we viewed, Segar tracks the backfield well and make plays both downhill and down the line of scrimmage.

Offensively, in last year’s crowded backfield, Segar gained 543 yards rushing on 125 carries. He led the team in rushing TDs with 6 and caught 5 balls out of the backfield for 80 additional yards.

East Jessamine’s leading receiver, Jaylen Taylor, returns for one more tour, if you will, in 2019. He caught 26 passes, in 2018, for 404 receiving yards with 5 TD catches. Those numbers might appear pedestrian to the reader but one must remember the entire team gained 688 yards through the air for the season. That means Taylor comprised nearly 60% of the total aerial production by himself (.5872093). Among the receiving corp next season he will be the one.

Still for East Jassamine to improve on its 4-7 mark from a season ago, particularly in light of what it is losing at the end of the Spring semester, it will have to greatly improve defensively. In 2018, the Jaguars allowed 2,270 yards rushing in its eleven games and opponents threw the ball for twice as much production as the Jaguars throw-game could produce (allowed 1,310 yards passing while throwing for 688 yards).

Suffice it to say there are questions abound entering 2019. Will Segar be the one to pick up the slack when both Dean and Morgan are gone? Will Segar be the one to lead the defense to a stingier, less-accommodating 2019? Will the Jaguars find someone to fill the air with footballs capable of being caught? Will the Jaguars find someone, other than Segar and Taylor, capable of catching said throws?

Perhaps the most profound question will be how lonely of a number will the Jaguars one remaining star find the number one to be when’s he’s the only one left from the 2018 backfield still playing in 2019? Will it prove to be the loneliest number that Segar ever knew? We won’t be able to answer that question till next Fall.