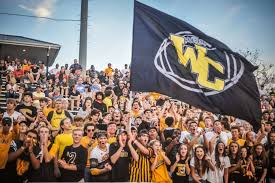 Woodford County basketball prospect looks to bring his talents to the gridiron!

If I were a basketball player with a 6-4, 185-pound frame, playing in the low post in high school (where I am undersized), I think I would go play some football. Unlike the court, on the gridiron my size, length, and frame would be pluses, not negatives.

If my head football coach was Dennis Johnson, I just may run over to the field-house. Who better to oversee this particular transformation than he? Well, no one of whom we can think.

Woodford County, who was 6-5 in Class 5A, District 7 in 2019, feels like they have things going in the right direction, football wise. That being said, they are still working on moving (on) up to the east side, for any of you fans of the old TV show, The Jeffersons.

We would agree the outlook for the program is looking ever rosier. To continue to trend upwardly, they will need frames and athletes filling the roster like Logan Vanover. After all, 5A football in Kentucky is certainly no joke. The basketball court isn’t a bad place to find them either.

Logan Vanover, enter stage-right! Logan, easily, has the makings of a top-flight defensive end, where he is slated to align this coming fall.

His Twitter account lists him as a 2023-prospect. We have seen him listed as a 2022 on MaxPreps and other places.

We contacted our Woodford County representative about which one is correct. We didn’t have a response as of our routine publication time.

Whether this scientific foray has a shelf life of two seasons or three, Dennis Johnson is the perfect guy to conduct the experiment. Dennis was named National Player of the Year by Sports Illustrated while playing for Harrodsburg High School when he was a senior in high school in 1997. He was USAToday‘s and The Sporting News‘s national Defensive Player of the Year the same year.

Dennis went on to UK where he made the All-American team and was first-team, All-SEC. He played in the NFL for both the Arizona Cardinals and the San Francisco 49ers. He knows plenty about football and player development. He knows plenty about coming out of literally nowhere to find oneself on the big stage.

What position did Dennis play? Well, Dennis was a defensive end; exactly where Logan Vanover is slated to display his wares, this coming season. That is why there isn’t a better place to conduct this experiment and determine whether Vanover can translate his talents in one sport to the field of another.

We have seen this experiment work well. Just last year, Breathitt County had a kid at DE who had played pretty close to zero varsity football entering his senior season. He had a “Vanoverish frame,” at 6-5 and weighing around 230, but his football experience was slight putting it mildly.

He came out of nowhere his senior year to make the All-District team and to be Honorably Mentioned All-State (AP). He had 84-tackles, 14-TFLs, and 7.5 QB-sacks in 2019.

His name was (and still is) Caden Hogg. Logan Vanover reminds us of Caden Hogg around the magazine. There has been more than one of us around KPGFootball make a similar observation this offseason.

Point is, one might keep an eye on old Logan Vanover this year at Woodford County. He has the athleticism to quickly turn into a force where he is slated to deploy, he has the coaching, and there is precedent for his rapid ascendancy.