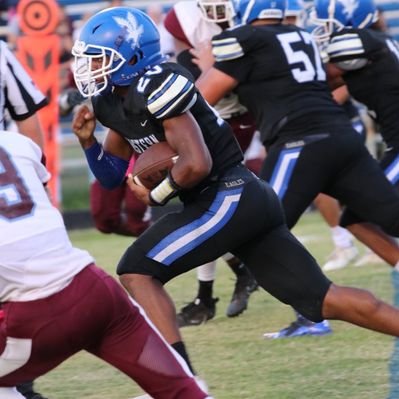 We published an article just the other day about Hanover College and the incursion it has made across its southernly boarder into the Bluegrass. We explained at the time our persistent interaction with the school’s Kentucky recruiter who we described as “…all over the Bluegrass scouting and luring top-flight Kentucky talent north to Indiana.”

We are going to stand by that description. Permit today’s article to stand as “Exhibit B” to our case in chief, with the one published the other day standing as “Exhibit A.”

Justin Robinson, known the Bluegrass over as Coach Jay, has struck another time. This time, Coach Jay decided to exhibit his prowess as a tireless worker, researcher, and keen evaluator of talent.

VJ Anthony and Christopher Forehand, Jr., the first from Male, the second from Trinity, spurned numerous other offers to pledge to the Panthers, both signing on the first Wednesday in February, a.k.a. “National Signing Day.” If our sources are accurate, and we believe them to be, Hanover has done it once more.

Hanover has secured the commitment of Louisville Eastern High’s Travon Moore. We will be the first to admit Moore’s statistics don’t leap off the page, at least in the way of game performance. Playing in the highest classification in Kentucky with a limited roster in a pandemic which hit the Louisville public schools harder than virtually anywhere else would tend to explain that.

However, let’s look at some other numbers. First of all, the RB and potentially LB (our thoughts) is 6-0 and a chiseled 220-pounds.

His 3.7 GPA and 24 on the ACT (what did you expect, we said Hanover College, right?) opened for him avenues and doors which aren’t available (sadly enough) to many other football prospects. Moore absolutely blistered the Blue-Grey All-American combine this past year.

Moore, at 220, scorched the 40-yard dash in 4.6-seconds. The faculty of former NFL players and executives selected Moore the combine’s top-performer. Moore made its High School All-American football team.

Moore is the type of prospect, and we have seen this many times over the years, who goes to college and absolutely kills it. Three years from now, when he’s setting records all over the NCAA for the Panthers, and Hanover is proving itself either a “tough-out” of the NCAA playoffs, or maybe even warming up at the Amos Alonzo Stag National Championship Game, you’re going to want to remember this day, this time, this year.

We feel you will want to recall the three kids Coach Jay plucked out of Louisville, Kentucky and remember all those other programs who either didn’t try to obtain their services hard enough or not at all. There’s an old saying about “he who laughs last.” In the Fall of 2021, let the laughing commence.