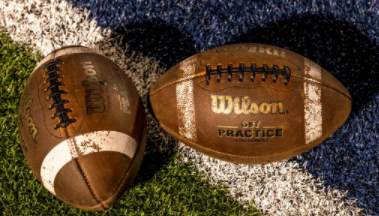 In this article, we will look at its parameters and what we think the net effect will end up being. Here’s our take:

The bill would allow (potentially) high school students currently enrolled in Kentucky to request the use of the coming school year (2021-2022) as a “supplemental school year” permitting a student to “retake and supplement coursework already completed.”

School boards would be empowered to either approve or deny all requests. Nonpublic schools would also be permitted supplemental school years.

Students utilizing supplemental school years would be eligible to participate in KHSAA activities. This last part is from where the major portion of the debate has been centered. Here’s why…

Under the KHSAA bylaws, particularly Bylaw 2(a) and KRS (Kentucky Revised Statutes 156.070(2)(e), a student who becomes nineteen (19) years old before August 1 shall be ineligible for interscholastic athletic competition at a KHSAA member high school. Under subsection (b), a student who becomes nineteen (19) on or after August 1 shall remain eligible for the entire school year.

The published reason for the bylaw is, under Case BL-2-1,”[t]o ensure equality of competition and opportunity…” It continues as follows, and in pertinent part, “Use of a specific cutoff date gives notice to all parties involved in interscholastic athletics and maintains equality of participant eligibility between schools…Provides commonality between student-athletes and schools in interscholastic competition; inhibits “redshirting” or failing to make normal progress through school; allows the participation of younger and less experienced players;…enhances the opportunity for more students to participate; promotes quality of competition; avoids over-emphasis on athletics; and helps to diminish the inherent risk of injury associated with participation in athletics.” Emphasis not in original.

The 64-dollar question is will Senate Bill 128, described as an emergency measure, also give schools relief from Bylaw 2 (and its subparts) and various explanations for the rule? Can those goals in BL-2-1 still be met if the legislature gives ’21 a “do-over” and those schools utilizing it relief from Bylaw 2?

That appears to be the rub, if you will. There was a big-time prospect who had a birthday of August 2nd. He had a tremendous high-school career and fantastic senior season.

Before his team played its first game of his senior season he was a “very legal” 19-years old. Now this guy graduated a few years ago, but under Senate Bill 128, should it permit relief from the KHSAA Bylaw regarding “Age Restrictions,” this same athlete could have made application under this proposal to seek permission for a supplemental school year. He would have made this application to his local BOE and had full athletic eligibility, had they granted his application.

There would have been considerable local political pressure for them to do. We have mentioned school board memberships are elected positions, right?

Look at Joey Bosa, pictured above right. Bosa was a 21-year-old DE with 10.5 sacks in 12-games, after missing the first four, and was the 2016 defensive player of the year in the NFL. He was only 21-years old when doing all of this against the best competition in the world.

Bosa was good enough to gain selection by the Chargers, third overall, in the 2016 NFL Draft. He would have been a tough assignment for Louisville Male’s offensive tackle. Don’t you think?

It is our understanding the holdup on the bill’s adoption is centered on whether the bill would enact an end-run around the bylaw restricting age eligibility. Should this pass, would it change the date by which one could turn 19 before aging out of high school eligibility? It is silent as to that point; but there are a good number of Kentucky high school football players in the ’21 Class who will turn 19-sometime during this academic school year.

We are sorry we can’t predict how this will turn out. We will provide you an educated guess.

We thought you needed some explanation concerning the issues being discussed and how these issues may impact your class of ’21 athlete. Here is our guess:

That said, we also believe the age restrictions will stay “as is.” So, if you are 18 years old next season on August 1, and exercising your supplemental year, we believe you will be eligible.