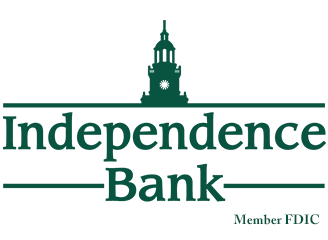 Independence Bank has a goal of achieving everyday excellence, and this week we are focusing on a player whose performance exceeded the Maroons’ and the Hopkins County community’s expectations. We are focusing on the class of 2020, WR/RB/LB/DB, Marquise Parker, from Madisonville, Kentucky, whose North-Hopkins High School is right down the road from the Independence Bank branches located on 1776 North Main Street and 629 East Center Street both in Madisonville, Kentucky.

Marquise Parker is one of the better athletes playing football anywhere in western-Kentucky. The 6-0, 173-pound basketball and football first-teamer is deployed at DB/WR/RB and plays some LB for the Maroons, who are among the hottest teams going right now in Class 4A football.

If we are being totally honest, Parker didn’t factor in as much offensively in 2018 as one would have forecast with how he played as only a sophomore in 2017. However, Parker, who missed some games owing to injury, still caught 8 passes for 273 yards receiving and collected 3 of the team’s 10 TD receptions on the year. Parker was also 5th on the team in points scored after having finished 3rd in that same statistical category in 2017. Who knows what he would have done had he played in all 13 of the games played?

Marquise is a guy we can see having a huge senior campaign in rebounding from a junior year which wasn’t as productive as many of us believed it would be at the season’s commencement. He is just too good of an athlete for most high school opponents to contain. Athletically, he’s just a mis-match against most of the players opponents employ to attempt to physically check him.

Congratulations to Marquise Parker for his Revolutionary Play which has earned this week’s recognition from the fastest growing bank in the Commonwealth of Kentucky…your friends at Independence Bank.