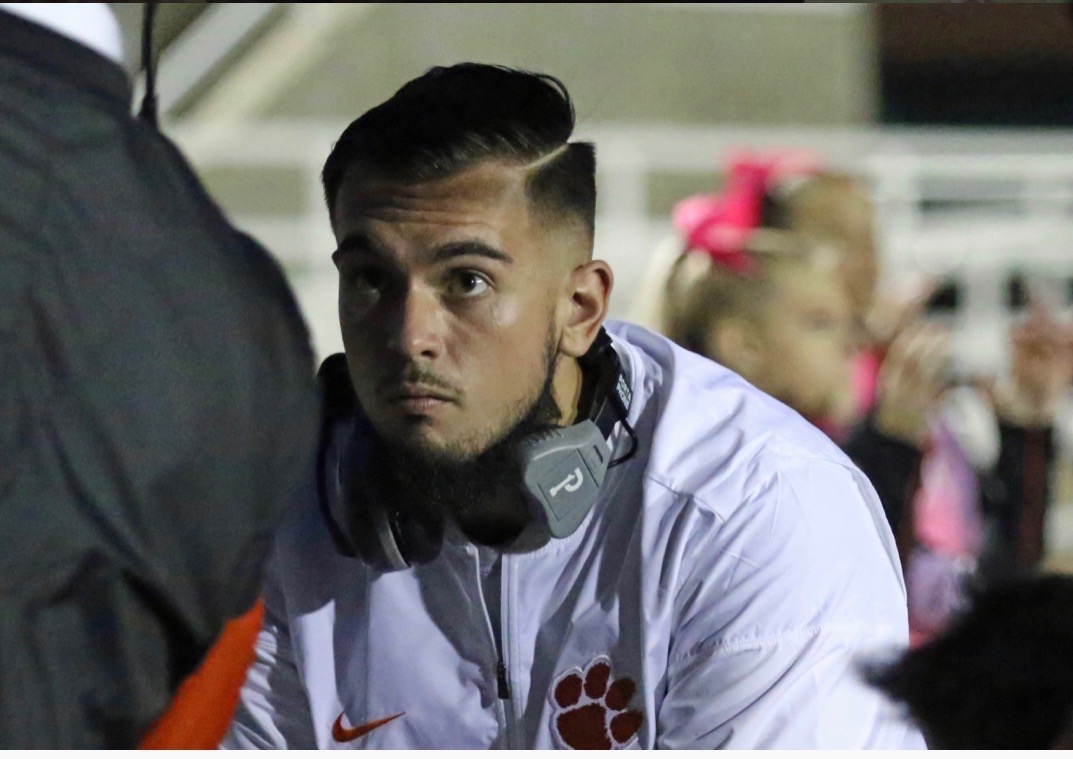 I would have suspected HHS would suffer a winless season if you would have told me, at the beginning of the year, the following things: 1. HHS was going to play the season without it’s senior QB who had, for the two immediate previous seasons, been District Player of the Year and was 2,200 passing yards away from being the school’s all time leading passer; 2. HHS’ top returning receiver and touchdown scorer was going to elect to forego football his senior season; 3. HHS’ only returning starter along the offensive front was going to quit; 4. HHS was going to be forced, because of injury, to not be able to rely on a rising junior RB who was forecast to be the District Player of the Year this year and someone who was averaging nearly 750 yards rushing a year through his first two seasons playing from the Pass-Happy, Marc Clark, version of the Spread Offense; 5. HHS was going to start a freshman at Left Guard, flanked by a bunch of Sophomores and a Junior; and 6. HHS was going to start a freshman in the defensive backfield who would become the back 4’s best defender only to die suddenly and tragically. Now through 8 games, the combined records of HHS’ opponents is 46-18, and that is with Calloway County being winless.  Well, in spite of the staggering amount of injuries and other obstacles ranging from defections from the team to the untimely and tragic death of one of its true freshman starters, HHS has qualified for the play-offs and is not positioned too badly we might add. A lot of the credit has to be apportioned to its OL architect, Jacob Ezell.

The young offensive line is gaining valuable experience while acquitting itself rather well, under the circumstances. According to legendary Head Coach Craig Clayton, whom we were able to interview for this article, the position group, which had to be considered a weakness entering the season has…continued to get better every week notwithstanding playing a lot of different combinations up front. Coach Clayton went on to opine that…I believe we have settled on a starting unit going forward and the unit, as a whole, both has and continues to perform much better than I could have possibly forecast and are a credit to the fine job Coach Ezell has done with the group. Jacob Ezell is only 21 years old and Coach Clayton showed a tremendous amount of faith in his young position coach in handing over to him the stewardship of a position so very important to Clayton’s power running scheme, which sets up his passing game. The young line has grown in aggressiveness in the running game and understanding of the scheme and have rounded into a pretty accomplished group in passing protection. Much of the credit for this has to be the easy way in which Coach Ezell is able to identify and communicate with young players who frankly are not much younger than he. This shouldn’t be interpreted as the group doesn’t understand just who the boss is, however.

Ezell is like having an older brother coaching me, according to freshman RG, William Long. Long went on to say, Yeah, we’re friends, but at the end of the day, he’s still the boss and I am going to bust my butt to perform whatever task he requires of me.  All the guys upfront feel the same way. Because we love him, we’re going to try even that much harder. In talking with Coach Ezell, he confided in Kentucky Prep Gridiron that balancing being almost as young as the players you coach is a challenge to maintain the proper balance between Coach and Friend, but there has to be a line drawn. Coach Ezell told us his youth almost made him the perfect position coach for this group of youngsters. As Ezell put it,…in many ways, we are learning and growing together. Both the players and I are benefitting from learning under the tutelage of a Head Coach in Clayton who has an established track record of training both outstanding linemen and outstanding position coaches. We really are in this thing together.

HHS has two remaining regular season games and the play-offs to follow and HHS, regardless of how it finishes will be the District 1, Class 4A, 3 seed. The Tigers may be getting hot at the right time, and should they win the final two, they will enter the playoffs with 3 straight wins and, perhaps, a dangerous amount of confidence. One would do well remembering this young Tiger team gave up a safety and missed two PATs in losing to an 8-0, Class 5A powerhouse Christian County team 15-12, had a 7-1 Caldwell County down a touchdown with 4 minutes remaining in the game and facing 4th and 17, and led 8-0 Logan County on the road 12-7 with 2.8 seconds remaining before Logan County, who was at home, inched across the goal-line, on the game’s last play, to escape 13-12. In other words, the puppies at Hoptown maybe young but that doesn’t mean they won’t bite. This is one team a higher seed going forward just may not relish playing.