Friday night in Bowling Green, Kentucky, there will be a contest between the newly minted 5A South Warren Spartans, presently ranked No. 4, in the MaxPreps power rankings versus the 5A State Champion, 5 of the last 6 seasons, No. 8, Bowling Green High School Purples. As both of these teams are sporting 3-0 5A, District 2, work sheets, and as either of them loom on the horizon as a playoff opponent for the 8-0, No. 2 ranked, Christian County Colonels (5A, District 1) who play at the Stadium of Champions against the 5-3 Maroons from Madisonville North-Hopkins, I decided to feature this game and predict a winner. I would like to first admonish the Colonels to not look past its Friday night opponent as North-Hopkins plays the same type of power football which gave the Colonels some trouble last Friday night against Graves County. The Maroon offensive line should look eerily similar to Graves minus Graves ability in the throw game which North-Hopkins lacks. Anyway, let’s break down the action to occur in Bowling Green, Kentucky on October 20, 2017.

I will begin my analysis with the Purples from BGHS. Why? Because in the mind of Kentucky Prep Gridiron, you remain State Champion until you are ultimately outed.  Therefore, as the Defending State Champion in the classification, they deserve to go first. 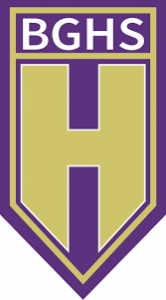 Bowling Green High School, coached by the legendary Kevin Wallace, has played one of the toughest schedules in the Commonwealth of Kentucky. They opened up the season beating North Hardin in Houchens/Smith Stadium before dropping consecutive games to Louisville Pleasure Ridge Park (6A) and Louisville Saint Xavier (6A). PRP wasn’t on the previous year’s schedule but the Purples had played and beaten soundly (31-10) the boys from Saint X in its Championship run in 2016 polishing off a 15-0 record. Losing two games in a row for a team with 6 State Titles starting the What’s wrong with Bowling Green? discussion a bit early it would now appear. The Purples have rebounded to win 5 games in a row behind 1,324 yards passing and 14 aerial TDs from its Junior QB, Beau Buchanan, 511 receiving yards from Ziyon Kenner, 61 Tackles from its 4 Star, 2018 LB, Justice Dingle, and 345 yards rushing and 8 rushing TDs out of Super Sophomore RB, Vito Tisdale. So far this year, the Purples have scored 331 points on Offense and allowed 125 over seven games. This roughly computes to an average scoring margin of approximately 42-18 per contest. Losing twice, and average scoring margin like that is no small accomplishment. 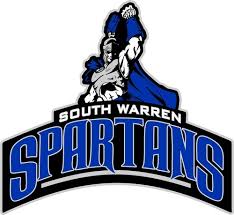 Now South Warren is also 3-0 in the District and are coached by a HC who has won a State Championship too, although that was in the 4A Classification, in Brandon Smith. The Spartans were cruising along rather nicely, thank you very much, until they decided it would be a good idea to take its game on the road to Brentwood, Tennessee and play Ravenwood. Now the Raptors won the game 31-17 but the final score is a bit misleading as the game entered the 4th Quarter, 17-17. Now, many Kentuckians won’t know what to make of the road loss the Spartans suffered to the Raptors but at Kentucky Prep Gridiron, we know, and are happy to share, that the 6-2 Ravenwood High School Football program is a 6A, Region 6, juggernaut in the State of Tennessee. Here’s a little hint for you, if the High School football team is from either Williamson, Rutherford, or (most the time) Sumner County, in the State bordering us along the southern boundary, better bring a sack lunch because you will be in for quite a fight. Now, on the season, Gavin Spurrier has thrown for 1,495 passing yards and 17 TDs against only 5 picks and super-stud, Junior LB, Pete Cross (No. 50), leads the team with 66 tackles, 36 of which have been unassisted. Jacob Lacey, who has drawn double and triple teams all year, and is a 5 Star rated DT by many services and committed to Notre Dame, has 24 tackles inside which doesn’t account for his impact. In fact, Cross, who has played behind Lacey much of the time this season and so richly benefitted from the offensive blocking attention Lacey has drawn, would probably like to say a hearty, Thank You! Here’s a defensive stat that is telling as to how staunch and well the front seven has played this year…the DBs leading the team in picks, Cody Eblen (1), Greg Byrd (3), and Jackson Tryce (3), only have 25 solo tackles between the three (Eblen 3, Byrd 11, and Tryce 11). So, what does that mean? When all of the tackles are being made by the front seven, the opposing RBs aren’t getting to the third level and that’s a good thing. Beware the defense who has DBs among its leading tacklers! Offensively, South Warren has scored 299 points and allowed only 92 which is an average margin of roughly 32-11.

Records against highly regarded opponents: South Warren has beaten returning Class 4A runner-up, Franklin-Simpson 36-7 and Central Hardin (6A, District 2) 27-17 while losing to Class 6A, Region 6 (TN) Ravenwood on the road 31-17. Bowling Green dropped consecutive games to PRP and St. X, both of whom are 6A,  but really haven’t beaten anyone doing too well other than 6-3 North Hardin with Owensboro, Warren Central, Greenwood, Grayson County, and Barren County, all struggling this year. This component favors South Warren.

Location, Location, Location: The game is being played at BGHS but both teams are from Bowling Green. BGHS is 4-1 this year within the friendly confines with that one loss being to Louisville St. X. Conversely, South Warren has lost its only away game (@Ravenwood) but is 7-0 within the city limits of Bowling Green. This factor is a wash as the home team advantage is usually worth 3 points as modern thinking goes but not where both teams are playing in the same city.

The Final Prediction: I have some good friends in the coaching community who have told me that Coach Wallace confided in them, early on, that this game with South Warren troubled him, before the season started, as much or more than any on his schedule. Gavin Spurrier is a tall, lanky, and intellectually polished game manager who makes really good decisions on the field. What else do you expect from the grandson of The Ole’ Ball Coach and the son of WKU’s present football HC? Both Wallace and Smith have excellent season and post-season records with no one, short of Trinity, able to match the success BGHS has enjoyed on the field of play. This edition of the Purples doesn’t look, to me, like the 15-0 squad from a year ago. They are beatable. They will lose this game to South Warren 24-21.

This is Fletcher Long, for Kentucky Prep Gridiron, reminding you to continue to PLAY THROUGH THE WHISTLE!