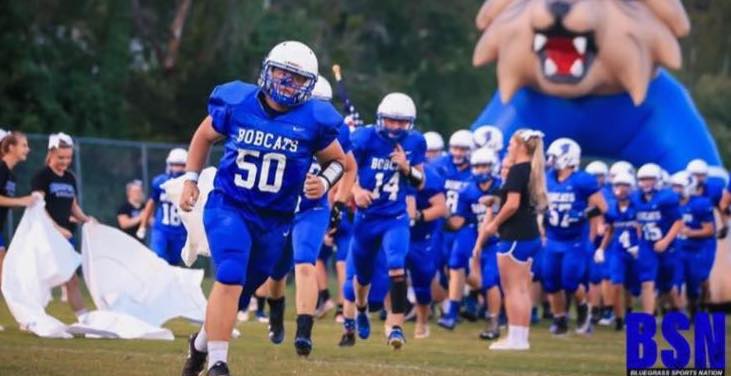 The ‘boys of fall’ are back this coming year, Virginia be-Hammed! Here’s why we’re saying that!

Fletcher Long, a member of our editorial board and editor of the Jackson Times-Voice sent this to us to be published here for the benefit of our subscribers. You know, membership has its privileges.

This is what Mr. Long sent us…

I have a friend with whom I talk about two-to-three times a week who has become quite influential in the high school coaching ranks in Kentucky. No, his name isn’t Kyle Moore, though I like Kyle, at least equally as well.

This friend of mine serves on an advisory committee which helps inform the KHSAA about the ramifications of certain decisions. This person told me the group I am referencing met Thursday, July 16, 2020. One of the topics was Virginia’s calling off its fall sports.

According to my friend, the KHSAA believes Virginia’s decision “jumped the gun.” This person told me the KHSAA did not feel inclined to follow that model.

Basically, the mood most commonly expressed in the meeting was that not playing fall sports would result in a mass exodus of families and students into contiguous states via transfer. There was a mention of scads of those requests having already flooded into the KHSAA’s office with the KHSAA indicating, at all junctures, there would be fall sports.

Obviously, and this is why the KHSAA doesn’t want to go down this route, if Kentucky should not play, all requests from athletes to go elsewhere and play with a grant of immediate eligibility would have to be permitted. The “word” from the KHSAA was basically, how many thousands would seek this remedy if we actually said Kentucky wasn’t playing?

Would we ever get any of these kids back after the pandemic? Would it potentially end high school sports altogether in Kentucky going forward?

As an aside, there is AAU-Football in Kentucky. It hasn’t gained much traction, but AAU-Kentucky (football) sees the present pandemic as its golden opportunity to gain a foothold.

It was brought to Kentucky some four-years ago by a guy from Indiana. I know his name and have talked with him.

I won’t give him exposure here. He lives in Louisville, Kentucky.

I have heard he is veritably salivating at the prospect of disgruntled Kentucky football players being denied the opportunity to play football flooding the rolls of his program and launching the same type impact on football that AAU already has on basketball. The football version would travel tournament circuits and showcases similar to basketball.

There is no conduct requirement to be eligible to play AAU. There is no academic eligibility to be maintained either.

They get rings similar to state championship rings for winning weekend showcases. Won’t mean as much to these kids when they are grown, but kids are kids and shinny rings are shinny rings.

Kentucky High School football enthusiasts, AAU is ready to completely replace the high school game. They claim the ability to get kids recruited.

More kids get recruiting playing AAU basketball than high school basketball so, if the basketball version is able to be emulated in football, they are right.  This is your “word to the wise.” Act accordingly.

The message of the threat posed to the future existence of the KHSAA and the perpetuation of high school sports, both fall and spring, is one which has resonated with the KHSAA and its executives. They know what is at stake. They can read the writing on the wall.

For all of the above, this friend of mine assures me, barring gubernatorial executive order, there will be football this fall in Kentucky for every school district which elects to play. The decision whether your favorite team plays will rest with its board of education.

Now, there has been talk Louisville’s public schools, through the actions of its board, may not play this fall. That information exploded throughout the commonwealth when the sports editor of a commonwealth newspaper with Kentucky’s largest circulation, Louisville’s Courier-Journal, posted, “If JCPS (Jefferson County Public Schools) cancels football before school starts and the privates decide to play, that ‘transfer portal’ is going to be lit!”

The way players on rosters whose boards elect not to play this fall was discussed at this meeting. Looks like Fletcher Long isn’t the only one who had a friend at the table during discussions, judging by the Tweet from Mr. Frakes.

School districts electing not to play fall sports will see their sports’ rosters raided. It will be “open season” on those rosters.

Any athlete being denied an opportunity to play by election of the school district’s board of eduction will be permitted to transfer to a participating school. That player will be deemed “immediately eligible.”

There will be no initial determination of ineligibility, no requirement to sit out a year, no requirement to fit one of the narrowly interpreted exceptions outlined within the by-law detailing transfers. If Louisville Male is not playing because of the JCPS, its entire lineup may transfer (should it choose) to Breathitt County to play football and be eligible immediately.

Now, as for how findings of infection would be handled in season, a scenario was discussed. Let’s say Breathitt plays Middlesboro for the district title (Round 2) and wins. The following week Breathitt has a positive test.

Breathitt would have to quarantine 14-days. The effect…Breathitt is out and MIddlesboro advances, assuming their roster tested “clean.”

Basically, even when you think the season is over, you may have to continue to practice (at least a few days) in the eventuality your season isn’t quite over, yet. Depending on testing and safeguards, one’s team might get “reinserted” back into the playoff bracket.

As for the length of the season, playing a full season was discussed as being the strong preference. Pushing the season’s start back a couple weeks to begin in September was discussed and hasn’t been ruled out nor has playing an abbreviated schedule. The KHSAA is trying everything it can to have the season come off as close to regularly as circumstances permit.

Now, before any of you think I betrayed my friend’s confidence, I told him I was going to write this story and he said he didn’t care. He told me he would prefer not being named in the story, with which I have complied.

It seemed to me his not wanting to be named had more to do with the general high-school coach’s preference to avoid coverage for anything other than wins and losses. He was very confident what he related to me was accurate.

This is what we believe and exactly why we believe it. It is our strong belief the Breathitt board of education will elect to permit Breathitt High School to play fall sports, football included. We also believe Jackson City School’s board will follow suit. Now should one elect to play, and not the other, remember the mass exodus, dooms-day scenario.

The Times-Voice wants you to be armed with facts, as much as we are able to bring them to you, as opposed to this seemingly endless innuendo. See you on the field of play this fall.

KPGFootball thanks Mr. Long for permitting our printing this article on our forum for the benefit of our subscribers.