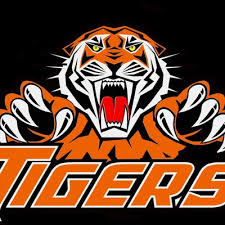 As we continue to feature prominent match-ups occurring in week zero across the Commonwealth of Kentucky, and as we march toward the 2018 season opener; today, we have the 2016, Class 4A, State Football Champion and 2017 semi-finalist in its first year in Class 5A, South Warren High School, preseason ranked number 3 in the 5A classification, against a team which, at the end of the year in 2017, was one of the more formidable teams in its classification (4A) and which is preseason ranked in the top 10 of every preseason poll which has been published, also known as the Hopkinsville Tigers. Both teams are highly regarded in their respective classifications, and one of them being from a higher classification is meaningless. As we have before discussed, the elite football teams, at any classification, have shown an ability to play football against any level of competition throughout the Commonwealth. The game will be played in Hopkinsville, Kentucky, with a late kickoff, as it is the second of a double header at the Jerry Claiborne Bowl. Late start times are thought to favor the home team by odds makers, as it is tough, psychologically, to play a game late into the evening knowing a long bus ride awaits. Here’s a break down of that match-up and, at the end, the KPGFootball opinion as to whom will win Friday night!

For the visiting Spartans…

In the offseason many wondered whether Gavin Spurrier was going to follow his dad to Pullman, Washington, where Daddy Spurrier was made the offensive coordinator at Washington State, or stay behind to finish his senior season in Bowling Green, Kentucky. Gavin Spurrier’s grandfather is the Old Ball Coach, Steve Spurrier; himself a Heisman Trophy winning quarterback, back in the day. For what Gavin lacked in aesthetic beauty at the position last year, the gangly 6-6 inch QB, made up for in smarts and moxie! Well, Gavin Spurrier stayed behind in Bowling Green, Kentucky and will be under center for the Spartans in Hopkinsville, tonight. This is something about which Coach Smith has to be quite pleased.

South Warren went 11-3 last year, losing to Covington Catholic in the State-semis. That really is not an ill-reflection on the Spartans as no-one, other than (maybe) Louisville Trinity, was beating Covington Catholic last year. Gavin completed 175 of his 286 passing attempts for 21 touchdowns, through the air, suffering 8 interceptions. Watching him play more than once, KPGFootball was impressed with the decisions he made with the football and the football IQ he exhibited running the offense more than anything mechanically we saw him perform. He was like having a coach on the field which is a hard commodity to replace.

Running the football, the Spartans lost Christian Winn’s 916 yards from scrimmage and 14 rushing touchdowns. They also lost Tryce Jackson who gained 320 yards, last season, himself. The leading returning rusher is Cameron Harrison who gained 242 yards rushing, in 2017, in 47 carries with one rushing TD.  Two of Spurrier’s top three favorite targets are gone in Marcus Elmore (37 receptions for 558 yards and 2 scores) and Cody Eblen (30 receptions for 488 yards, 6 scores) but Spurrier will have returning his most productive receiver, in 2017, in Clayton Bush. Bush caught 37 balls for 616 yards and 7 scores for Spurrier as a junior. Now, the Spartans weren’t bad offensively, last year, scoring a little over 30 points a game, or 424 total points over 14 games played. However, Winn, Eblen, and Jackson scored 191 of the 424 points between the three. With their departure, the Spartans lost a little over 45% of last year’s total team, point production.

Defensively, the Spartans graduated Greg Byrd and Tryce Jackson who intercepted 14 passes and recovered a fumble between them but do return Tre Teague who intercepted 3 passes in 2017. What has to be encouraging is that Pete Cross, who along with Hunter VanHooser at Caldwell, were the best HS LBs KPGFootball saw play last year (not named Dingle), is back along with his 118 tackles he had a year ago. Cross will still have the benefit of the opponent’s focusing on the Rivals, Midwest Region, top rated DT, and Notre Dame commitment, Jacob Lacey being in front of Cross garnering the attention. Lacey’s 51 tackles a year ago don’t even begin to encapsulate his impact for the Spartan defense. Juniors Tre Teague (97 tackles) and Clayton Bush (63 tackles) are also returning defensively. The Defense, the strength of the team last season (allowing 16 points per contest with only 1500 yards rushing and 1,823 yards through the air given up over 14 games), looks to still be quite good in spite of the graduated fumble recoveries and interceptions which gained for the Spartan offense all those additional possessions. Still, as far as tackles and making plays, the defense has a lot of weapons returning both a year more experienced and a year more mature.

For the home-standing Tigers…

In the interest of full disclosure, I am an alumnus of Hopkinsville High School, my son plays for the Tigers, and my daughter is a manager. I am hardly impartial. I will strive to put my fandom aside and render reasonable analysis, which is what KPGFootball expects from me and why they pay me. HHS returns a Sophomore All-Stater at QB (Jay Bland) who threw, last year, for 2,200 yards and 22 TDs against 10 picks. Sophomore Reece Jesse is 6-3, with a 77 inch wing span, and upper-level vertical explosion, to be one edge target, with excellent hands, length, and good speed.

The Tigers have benefitted, this offseason, from a BIG TIME WR transfer from 5A, named Ellis Dunn, to split out opposite Jesse, and the 5-10, 190 pound, wide receiver, who caught over 40 passes at Christian County last year, is the best receiver in Western Kentucky not named Marquel Tinsley. Dunn is already holding a committable offer to play football collegiately, in Division I, and has been selected to play in Dallas, Texas in the Blue-Grey, High School, All-American game, so he’s no slouch. The Tigers have had another dynamic playmaker transfer in this offseason from Trigg County named Tayshawn Barker who gives them an elite level speed/athletic guy to use in multiple places on both sides of the ball and an elite punt/kick-off returner too. The Tigers have also liked what they have seen from from another Christian County transfer, aligned in the slot for the offense, named J’Quan Patterson.

The Tigers welcome back a 1,500 yard, career, ground gainer who missed his entire Junior season, and whose absence may have cost the Tigers an opportunity for a State Title last year. Ja’Torian Dillard was forecast, last pre-season, to win the 2017 District Player of the Year only to go down with season ending injury in the preseason. Dillard, a division one prospect at running-back, has more speed, instinct, and moves than anything aligned at RB, last year, though Jordan Hopson, another senior running-back, has been both explosive and scintillating in the Tigers’ preseason scrimmages with the ball in his hands, in space.

Defensively, the Tigers have a Sophomore All-Stater at corner (JeVan Leavell), a Sophomore All-Stater to play either along the front, inside or outside (Denarius Barnes), Ellis Dunn in the back four, where many college recruiters project him to play at that level, as opposed to receiver, and Erick Grubbs and Keysean Palmer along the defensive front. Palmer, a 285 pounder who plays inside for the Tiger d-line has proven himself a load to dig out of a hole and Grubbs’ play, screaming off the end for the Tigers in its scrimmages, has been both dynamic and, at times, uncontainable.

Along the offensive line of scrimmage, Freshman All-Stater, and 250 pound State Powerlifting Champion this immediate, past Spring, William Long, will man the center position. William started 49 quarters, along the front in 2017, though only a freshman at the time. He returns in 2018, 20 pounds thicker and unbelievably stronger than the freshman South Warren saw a year ago, on opening night. Hoptown also returns, along its front, an All-WKC performer at tackle (Blake Schutt), an all-KNE, 2nd teamer who returns at right guard (Seth Henderson), and a right tackle who is a 310 pounder (Josh Mallory) who has turned heads both this offseason and in scrimmage play. The expected offensive line of Schutt, Mumford, Long, Henderson, and Mallory average 271 pounds, according to the roster posted on MaxPreps. All five of the first team o-linemen have proven themselves to be powerful, explosive, and able to get downfield and block multiple levels when required.

The Tigers, along with Dillard, also get back both Jaime Cooper-Roman, who was leading them in tackles before going down with injury in the 4th game of the year not to return, and Keane Mumford, the 6-2, 260 pound, left-guard who was starting at LT when he went down with injury the 2nd game of the year, also, not to return.  We believe what the Tigers get back from off injured reserve in 2017, together with some key transfers, make this team much better than what lost the 2017 to South Warren 35-14 in Bowling Green, Kentucky in August of 2017.

Can the offensive fronts from both teams neutralize the opponent’s d-line sufficiently to give their respective signal callers time to find down field targets? Can the o-linemen from Hopkinsville keep Jacob Lacey from taking the game over and will someone be able to block Cross’s attempts to get downhill on running plays for the Spartan D from his inside linebacker position? These are questions which will go a long way toward determining who wins tonight. The Tiger running backs against the Spartan linebacker corp is an important matchup. The Tigers limiting mistakes and turnovers tonight which the team just can’t absorb playing an opponent as good as South Warren will be key. The South Warren back-four have to contain Dunn and Jesse and just can’t afford either of them to gain third-level separation if Bland has time to target vertical receivers. Conversely, can the Tiger defensive front muster up some pressure on Gavin Spurrier. He stood in the pocket last season and picked the Tiger secondary apart and the Tigers can’t afford to permit that tonight. Also, the Spartans’ running back, Cameron Harrison, has to show he can be the man for the running game with Winn and Jackson no longer available.

This game comes down to mistakes and turnovers as these teams appear pretty evenly matched with both of them having legitimate, star players. We are giving the edge to the Tigers, partly because they are at home with a late kick-off and partly assuming they will limit turnovers and be able to run the football opening up the Tiger play-action game down the field.