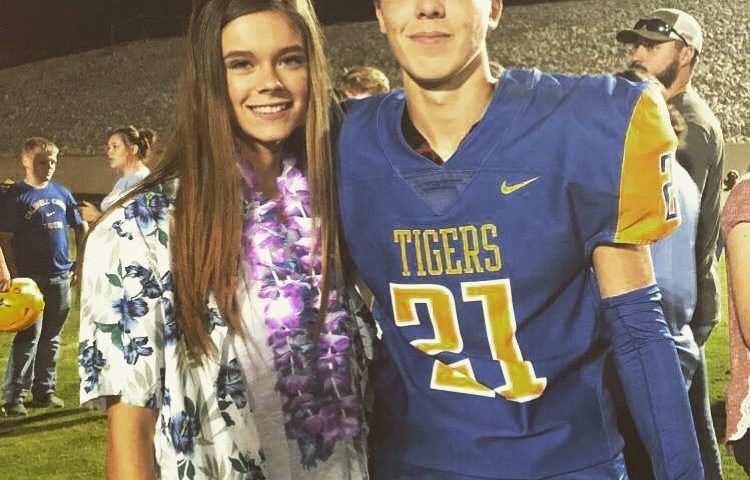 Caldwell County’s junior receiver/return man, Baron Wells is a lucky guy. Heck, you can look at the featured photograph to this article and tell that pretty quickly. Just how lucky is he? You have no idea.

First of all, how many times can a football player “house” both a punt and a kick in the same game? That would be rare KPGFootball would be willing to wager.

Now, what are the chances the same player could do it to two of the first six opponents his team plays in one season? Surely, that would be even rarer still.

That is exactly what Caldwell County’s 2021 prospect Baron Wells did. In the opener against Christian County, a game the Tigers from Princeton only won 19-14, 12 of the 19 points the Tigers scored were because of Wells. Wells housed a punt for a TD and then housed a kick-off for a TD. Without his heroics, that game turns out differently, and arguably, Caldwell’s entire season is likewise altered.

Then, weeks later, playing Ballard Memorial (aptly named the “Bombers”) Wells did it again and added something just to pile insult upon the inflicted injury. Wells, once again, returned a punt for a TD, returned a kick-off for a TD; and, this time, added a TD reception. Take that Bombers!

Well, going into Friday night’s home matchup with Mayfield in Princeton, Kentucky, Wells’ propensity for heroics returning punts and kicks has got to have Mayfield’s attention. Surely, Wells can’t add Mayfield to the growing list of victims. We suppose to answer that we’ll have to wait and see.

We know one thing, should old Coach Lyon decide to go to Vegas to do some gambling, we believe he may just ask Baron Wells if he wouldn’t like to go with him. Why not? He’s hot as Hell right now!