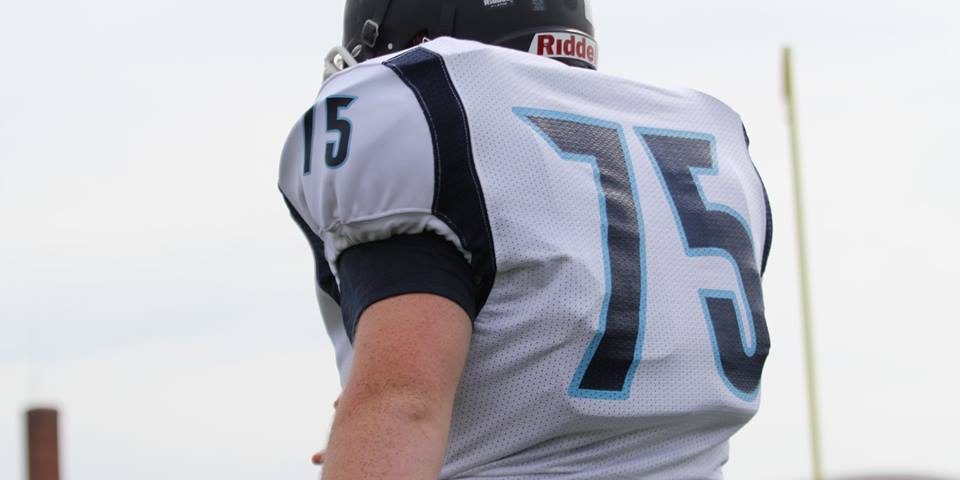 A team which was left for dead just a few weeks ago (including by this very publication), through very hard work has resurrected its season and travels tomorrow to challenge perennial heavyweight, Logan County Middle School in Russellville, Kentucky. The HMS Tigers, 3-2, behind the rather Herculean effort of its QB, Jacob Beale, a Team Kentucky caliber player in his own right, will get to see how his charges stack up against a top-flight ball club which has an actual Team Kentucky star right on the roster. The team which emerges from this game may be bracing for a run to Lexington, Kentucky and the State Middle School Football finals.

Probably the first thing with which the Tigers will have to deal is the splendid offensive front Coach Craig Bristow has leading his Spread attack which operates primarily out of the Pistol formation. The line is book-ended by two large meat-movers in All-Kentucky, Keyton Jenkins, 5-10, 240 pounds (No. 75) and Isaac Poe. Poe, who hasn’t enjoyed the same notoriety as his counterpart on the other end of the line is a fantastic player with an even better frame than Jenkins possesses, at least presently. Isaac Poe is 6-2 and weighs 250 pounds and wears No. 70.

The Cougars are very good at RB and can deploy two totally different players, with different strong suits, offset its QB, Corbin Rayno (5-10, 150 pounds). The bruiser up in the middle, from out of the backfield, is RB, Eric Stratton. Stratton also plays LB on defense if that clarifies his mindset any at all. When the Cougars want to go “smaller” and perhaps a little quicker, they turn to Ryan Rayno, who is the first cousin of the QB, Corbin Rayno. Corbin Rayno has a similar build to HMS’s fine QB, Jacob Beale with Rayno being a more polished, down-field passer at this point of development and Beale being a slightly more explosive run threat.

Corbin Rayno has some length to him, measuring 5-10 and weighing 150 pounds, and has been described by coaches as being more of a drop-back passer than a dual-threat guy. That shouldn’t be interpreted as meaning he can’t use his feet effectively however. Corbin Rayno has shown an upper-level ability to both set up and throw the ball, down the field, and make the appropriate reads in the Spread-read-option game. Rayno may not be quite as willing as Beale to tuck it and take off but he has plenty of willingness to pull the ball out and get his team tough yards when needed and where the opposing defensive end’s technique warrants it. KPGFootball was able to catch up with head coach, Craig Bristow, about his QB, Corbin Rayno, and this is what he had to say about his signal-caller…Corbin is a true leader to whom the kids defer. He has a very solid frame for where he is deployed and is an extremely coachable kid.  Corbin’s favorite target down the field is WR, Zane Batten. Zane is 6-1 and weighs a slight 140 pounds with excellent straight-line and change of direction speeds. Zane has led the team, this year, in TD receptions.

On defense, the Cougars have been led, on that side of the football, by farm strong Connor Covington. Covington, No. 61, is 5-11 and weighs 185 pounds. Described by coaches who know him as a player who doesn’t realize his own strength, he is often described as being farm strong because he usually arrives at football practice after spending considerable time working cows and cutting hay. Covington plays all over the defense as opponents have taken to running away from wherever he is deployed. In answer to that penchant, the defensive coaches have taken to moving him all around the formation. One will usually find Covington either deployed at one of the Ends or even at OLB. If you are an offensive ball carrier, don’t look for him too hard, he’ll come find you.

So how good is Logan County Middle School’s varsity football team (8th grade). Well, good enough that Coach Bristow has been able to lead the program on an unprecedented string of success which certainly rivals the success of the high school program. In 2016, Logan County was 10-3 and was the Region 1, Runner-up to Hopkinsville Middle School. In 2017, the Logan County Cougars were 9-2. So far this year, a year which has seen weather claim some of the scheduled games, the Cougars have beaten Henry F. Moss 8-0, beaten Drakes Creek 44-38, beaten Franklin-Simpson 38-6, beaten Russellville 36-8 and beaten Muhlenberg Co. 24-0. The only blemish on the record was an early 26-8 loss to a South Warren team which yearly undertakes a deep run in the KYMSFA playoffs. That is a 24-6 record for Coach Bristow over a three-year period. I would say this game figures to be a pretty fair measuring-stick for where this Hoptown team really stands, heading into the playoffs and will provide evidence of how much we believe the team has improved.

With Christian County still looming on the horizon for what figures to be a revenge opportunity of an earlier, lop-sided margin, the Tigers either playing competitively with or beating this Logan County team would send a message which would be easy to hear, even clear across town. Either way, if you aren’t too busy, you might consider heading on down to Russellville tomorrow afternoon and taking in what promises to be exciting and meaningful football.