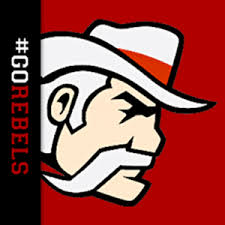 If you are a Todd County Central fan, this Friday night is Judgment Day and the reason you hired Coach Darell Keith in the first place. This is a match-up which Todd County needs to win. Should the Rebels be able to take the sting out of the Hornets this Friday night, there is no telling where this team ends up at the end of the season. Lose Friday night, and you have to think Mclean, Owensboro Catholic, and Logan County are guaranteed L’s too, making a winning season impossible much less replicating last season’s 6-5 work slate. Todd County looks like it will beat a winless Butler County no matter the outcome with Hancock County. Let’s take a look inside the numbers of this pivotal game and see if we can’t clarify a likely victor in Elkton, Kentucky Friday night.

Present records…Both teams are safely in under the tag at 3-2 presently. The only difference is Hancock County has actually won three games and Todd County Central benefitted from a forfeit (Fulton City). On the one hand, Hancock has the satisfaction of having taken the field and winning three times and, on the other, Todd County Central has gotten an extra off-week to prepare. 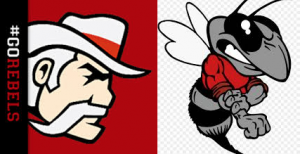 Todd County lost to a Breckinridge County team, 15-8, which is ranked the 174th best team in Kentucky according to the Maxpreps and Calpreps.com computer algorithms. Todd beat Fort Knox (28-6), ranked number 211 (out of 222), beat Caverna (49-0), number 215, before losing to number 169, Hopkins County Central in Madisonville, Kentucky, 19-6. Todd County took a forfeit from Fulton City who is ranked number 220 out of Kentucky’s 222 high school football teams across the Bluegrass. Todd County has played two teams ranked ahead of them in the computer rankings, losing them both on the road. Hancock County is ranked ahead of Todd County Central, but the two of them are playing in Elkton, Kentucky. Todd County Central hasn’t played a higher ranked team at home yet this year.

Advantage (ever so slightly): Hancock County

Common Opponents: This is something at which most odds-makers look but something the value of which isn’t too clear. We don’t ascribe this much weight at KPGFootball but do ascribe it a little. These two teams haven’t played a common opponent. Both teams have played a Class 4A, District 1, bottom feeder. In 2017, Calloway County was winless and the lowest slotted team in the district. Hancock beat them 36-33 in Lewisport, KY. Hopkins County Central is ranked a full 13 slots ahead of Calloway in the computer rankings. While Todd County Central lost 19-6, the game was in Madisonville and not Elkton.

Todd County Central: The Rebels are the 193rd ranked team in Kentucky, according to both MaxPreps and Calpreps.com and the 12,929th best football team in the Country.

Hancock County: The Hornets are the 142nd ranked football team in Kentucky, according to both MaxPreps and Calpreps.com and the 9,732nd best football team in the Country.  The computers slot the Hornets 51 notches above the Rebels in Kentucky and 3,197 notches, nationally. This is not an impossibly wide gap to bridge, but it is an advantage.

Game statistics: If you really look at it, these two teams have played exactly one opponent which should mimic the type of team it will see this Friday night. In its most recent effort, the Hornets played Calloway County which is ranked the 182nd best football team in Kentucky, 11 slots higher than Todd County Central. Now, Hancock played Calloway in Lewisport and is playing Todd County Central in Elkton, Kentucky, so there will be some difference there. Calloway County gained 237 yards on the ground against Handcock’s defense and threw for another 135 yards in scoring 33 points. Hancock ran the football for 333  yards on Calloway, passed for 88, and scored 36 points on the Lakers. Coach Keith’s teams run the ball hard and are hard against whom to run, so KPGFootball will be amazed if Hancock County even approaches 333 yards rushing Friday night. If they can’t run it, they haven’t really shown they can throw it.

Intangibles: The biggest intangible may be the man leading Todd County Central into battle Friday night. Darell Keith is a tough customer and he demands toughness from his charges. Last year’s 6-5 team lost its very best player and is still playing comparable football to last year’s team in spite of having less talent. While the talent is improving, this game is one, on paper, Todd County Central shouldn’t win. This is a statement game opportunity for Coach Keith and his Rebels. It’s also an opportunity to serve notice the Rebels have arrived and are ready to play winning football. The Rebels will be at home playing a team which beat them 28-6, in 2017, when the two met up in Lewisport. To have a chance in this game, Todd County can’t let Hancock County run up and down the field. They have to make the Hornets throw the ball and must be able to move it on the ground against the Hornet defense.

Crunching all of the above it looks like each team has a slight statistical advantage in one of the enumerated areas with the remaining areas being even. We believe Hancock is a better team at home than on the road and we believe playing in front of the home crowd may give Todd County Central just the advantage it needs. Like we have said before; on paper, Hancock County should win the game. Games aren’t played on paper, and we believe Coach Keith is both a difference maker, on a sideline, and someone who will have his Rebels really ready to play Friday night.

Well guys, this is what the tea leaves tell us. Our being more impressed with Todd County is largely owing to its needing to win this game and our belief and confidence in the man on the sideline. Well, I suppose we shall how this plays out Friday night! Either way, we can’t wait to see how this conflict resolves and it will be interesting to see whether the statistical analysis, employed here, foretells anything, at all, about the outcome. The great thing about football is; it still has to be played on the field. Thanks for joining us for Inside the Numbers.