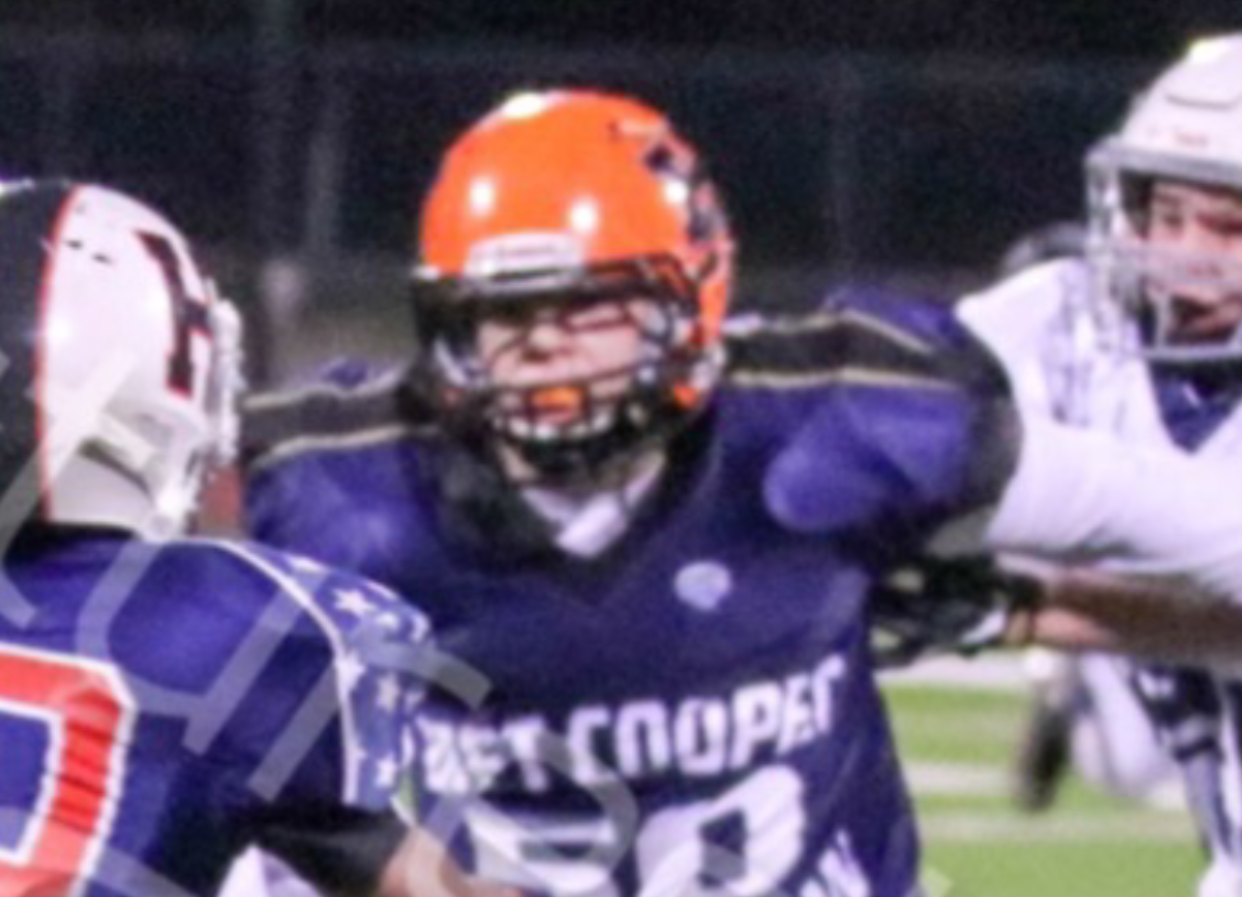 Well, we will strap up our chin straps and pop some pads today in Dallas as the East and West teams will don full gear and thud up today to determine who’s who and what’s what on the respective rosters. The two teams will be practicing at Lancaster High School’s 150 yard, in-door practice facility. The East team will be running The Spread and it will be incumbant on the East offensive line to be able to get on the hoof, if you will, and block the down field zone. Coach Bish and I got a look at what we have, up front, and the line of scrimmage will be excellently manned. The following are who we believe will greatly contribute to the East offensive ground and aerial attacks.

We will start with the Center position and, as someone who has quite a bit of experience coaching in All-Star, All-American games, this is the slot where many selectors forget to provide playing talent. The selectors for this game appear to have taken good are of us here. There are two candidates in Cameron Stokes from Knoxville, Tennessee and Donovan Hemanes from Houston, Texas. Coach Bish and I are both confortable with Stokes from Knoxville’s Fulton Falcons as he manned the position this past summer for Team Tennessee Future Stars in the Tennessee-Kentucky Future Stars Classic. We would be remiss in not pointing out that Ty Simpson, the likely starting QB, who was also a Tennessee Future Star, has fielded snaps from Stokes before too in game action. This would appear to give the short-necked, barrel-chested, 235 pound, muscled-up, Stokes a leg up at the position for this game. Hemones shouldn’t be discounted, though, as they play a little football in Houston, Texas and he is a 245 pound chunk of granite. The good news is that the one who doesn’t get the nod at Center is still going to start at Guard, opposite William Hughes.

At the Guard positions, as we just said, William Hughes, 5’10” 250 pounder from Hopkinsville, Kentucky, has shown thus far he belongs here. Popping pads tells the final tale in football, but I coach Hughes back home and know what he both can and will likely do so I am unconcerned with his proving his mettle on the practice field. Hughes looks to be a starter up front at Guard with the one who doesn’t come out on top of the Center battle sliding over and playing Guard opposite him.

At the tackles, we will look to benefit from a pair of Fulton Falcons from Knoxville, Tennessee in Bill Anderson, who played left tackle for the Falcons and Malachi Harrison, who played offensively at Knoxville Fulton at right tackle. Both of these tackles are 6’2″ or so players with excellent feet, mobility, and length. Harrsion weighs in around 210 with Anderson being a bit thicker and coming in around the 230 pound range. It is a tremendous advantage, and one which can’t be either accurately measured or over-looked to have three trenchmen, up front, who have played a lot of football together. These boys went 15-0 for Coach Josh Jones’ Falcons this year, beating the likes of Brentwood Academy, Knoxville Catholic, and the Corbin Redhounds from Kentucky, whom they routed. If the name Malachi Harrison sounds familiar, it should, he was the Defensive MVP from his DE position this past summer for Team Tennessee in the Tennessee-Kentucky Future Stars Classic. There is a third tackle prospect in 6’1″ 305 pound DeMarcus Rivers from New Jersey. Rivers will probably be exclusive used along the defensive front in our four-down scheme but can play offensive tackle should the need arise.

All told, this looks to be an athletic, stout, and aggressive offensive front which should be able to gain ground for the East team going forward while being athletic enough to provide ample pass protection for the throw game. This is Fletcher Long, reporting for Kentucky Prep Gridiron reminding, particularly, the East All-American Team to PLAY THROUGH THE WHISTLE!