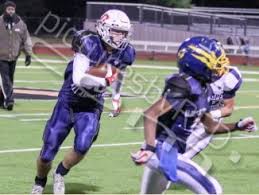 It’s game day for the 14-U East All-Americans here in Dallas, Texas and we have had, as a coaching staff, exactly two practices and a walk through. It’s a good thing these boys are all 3.5 GPA students or better or else this might have been a Herculean undertaking. As long as I have coached at the Middle School All-Star/All-American football level, and its been a few years now, I never stopped being amazed at what some of these young kids can do physically. If I can travel down memory lane for a moment, I remember three years ago at the Tennessee Future Stars camp in Knoxville a 7th grade running back named Elijah Howard running a 4.5 flat forty. I mean the clock had to be wrong, right? How can a seventh grader run that fast? Well a year later, the same Elijah Howard, who rushed for approximately 1,500 yards as an eigth grader playing High School Varsity football at the Webb School in Knoxville, Tennessee, ran a 10.4, laser timed, 100 meter at Tennessee’s Tom Black Track. Translation for the un-sophisticated, Howard was motoring at about 4.4 or less a year later, laser timed.

Down here in Dallas, Texas I met Florida’s Aaron Wynn, a 7th grade running back. The kid has a registered 100 meter time of 11.2 which was recorded months ago. That is a 100 meter time which translates in the 40 to high 4.5s-4.6. Yesterday at the fastest man competition, Wynn was hand timed at 4.50 in the forty. Now, it’s a hand time, but we know it is accurate as his laser timed 100 meter time roughly correlates to the same speed as the hand timed 40. If I were to predict an MVP in this morning’s game for the East squad, he would get a vote, at least from me. The book on him, if he wants to know where his game could improve, is he needs to rely less on his speed pressing the edge and show coaches he has the ability to square up and run between the tackles effectively. Still, his speed, for his age particularly, is really something.

William Long was proud to hand off the JJ Watt Award he won last year to this year’s winner Malachi Harrison from Knoxville, Tennessee. Coming off a Defensive MVP award in the Tennessee-Kentucky game this past summer, no one can be very surprised that Harrison would win the award at the Bret Cooper Game given to the week’s best defensive performer. I thought the award could have as easily been given to OLB Evan Kelley from Tennessee who has really studded out this week in practice and figures to do likewise in the game this morning. Harrison is a player from whom we expect big things going forward. Harrison is a guy who is just a football player whose exact position, going forward, is difficult to predict. He may be a defensive down lineman as he is now but I could see him standing up playing linebacker in the future too. In any event, this kid is a superior football player with amazing burst and get off who appeared during the week to be unblock-able.

The Kentucky boys have really showed the mettle, toughness, and ability to play football. They have also shown football is played all over the Commonwealth as well or better than other areas. Jaxon Smith from Danville, Kentucky was selected the best placekicker. It is named for a kicker whose name I can’t even spell well enough to Google; but, in the future, the name Jaxon Smith will be easy for people, like me, to access when awards start being named for this kid. He has really shown he is the best place kicker in America in the 2022 Class. William Hughes has solidified his slot starting along the East All-American team’s offensive line. In talking with William he admitted being a little star-struck playing in the company he has been keeping and was blown away both with the speed of this game and the size and power of the defenders he was being called upon to block. The head to head, in practice, between Hughes and big T-Bone (DeMarcus Rivers), who is 6’1″ 305 pounds of angry, New Jersey, man-child, has been fun to watch for everyone but Hughes’ mother. William Hughes has proven all along the path he is where he belongs and he can both play and excell at this level which bodes well for him going forward at HHS.

Cameron Stokes is the best Center in All-Star football I have had. He is a 230 pound, hard-charging, powerful, down-hill, arriving angry, guy who will be a sure star for Knoxville Fulton when he reaches the High School Varsity. Stokes has been consistently the best offensive lineman I have had this week. Can’t say enough about Detroit’s Mike Williams, who is a 6’3″ 205 pound TE/Y/H-Back stud. Remember I wrote this today. That kid is a Power 5, FBS, player right now. If I were recruiting for a program at that level he would leave here with an offer. If this kid isn’t holding offers right now, he hasn’t been camping or going to combines because he is what I call a no doubter. Tim Winton from Knoxville may have been our best Defender this week, aside from Harrsion, but Winton seperated a shoulder yesterday in a full-speed, tackle circuit with Evan Kelley. Many football players, over the years, have suffered injury hitting Kelleys, as they don’t come in small, but Winton has been cleared to play offense, which is fortuitis as Winton and Williams will provide tremendous targets for Quarterback Ty Simpson. I don’t know if I have adequately sung the praises of the player who is playing our Y or TE this week in Mike Williams from Detroit, Michigan. Mike was playing in another All-American game so he got to us on day two of our camp but he went directly into the starting lineup. Mike is in the neighborhood of 6’3″ and weighs around 205 and runs like a deer with very good hands and plenty of heft to block the end when you are running around end. His upper half hasn’t quite caught up to his lower but, after all, he is still a kid, but when he matures and thickens, he is headed straight to FBS, Power 5, college football. He has the potential to be a potent weapon in both the run and throw game.

As for our Quarterback, I thought I had seen some good QBs at this level. I mean, look at Shane Hamm, who this year set the all-time Ohio TD passing record at Archbishop Hoban and who was MVP for us last year. This Simpson kid just has it. He has a major league, rocket-launcher of an arm and he makes great decisions and commands the offense. There was some parental bickering this week from parents of other QBs about favoritism and why their son wasn’t playing as much as Simpson. I have no idea if any of the bickerers watched practice, or at least, absent incredibly bias tinted glasses, but from what I was able to observe, all I can say to those parents is, if you can really look at your son and his play and liken it to the Simpson kid, you are either completely relieved of reality, unbelievably biased, or know so little about football the two of us can’t intellectually converse on the subject. Ty Simpson is the best quarterback at this game, period. He won the Peyton Manning Award and never has an award and its recepient had more in common. His arm strength, particularly for his stage of physical development is impressive. He fits balls into places down field which astound the observer. The words frozen rope come immediately to mind. Unlike a lot of young gun slingers, who seem to want to frozen rope every pass, even the screens, Ty showed the football IQ to take a little off where the occasion manifested it was appropriate.

It has been a great week and the game is only going to be even more special. This is my last report from Dallas, Texas and let me be among the first to wish you all a prosperous New Year. I will catch you on the other side, sports fans. Fletcher Long, reporting from the Bret Cooper Game, for Kentucky Prep Gridiron reminding you to PLAY THROUGH THE WHISTLE!

Epilogue: The East beat the West 20-0 for its second straight victory in the 14-under All-American Classic. The East did this while playing all 5 of its quarterbacks significant amounts of snaps.