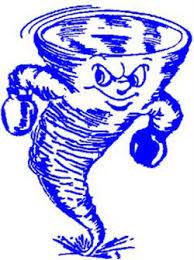 They are sitting at 7-6 and still alive. They will face a 12-1 Glasgow team for the right to advance to Lexington and play for the 3A Title. Belfry and they have the worst records of those still standing below 6A (Trinity is 6-7).

They struggled in the opener with McCracken. Graves County beat them, Mayfield beat them by two scores, Henderson County beat them by 20, and Hopkinsville ran them completely off the field, 34-6. However, unlike almost every team above mentioned (not named “Mayfield,”), they are still alive. The others are getting ready for basketball.

Will they make it to a date with destiny? Will the Blue Tornado storm down onto the Kroger Field? Can they beat Glasgow?

Tradition says they can, though Glasgow is far from a “dog” traditionally. Recent history says they can as they have already vanquished Kentucky’s top-ranked, 3A team to get to where they presently find themselves.

The CalPreps.com algorithm doesn’t think so, but hey, computers don’t know everything. By the way, CalPreps.com has the Scotties a 17-point favorite on a neutral field.

What does that computer algorithm know anyway? We checked and the same computer, still today, has CAL (Christian Academy-Louisville) a 28-point favorite over Paducah Tilghman, on a neutral field. That is in spite of the two teams having played Friday night and Paducah being the very reason the Centurions are watching Friday night’s action from the living room couch.

We all saw how being the prohibitive favorite worked out for the Centurions the other night. Being the “favorite” doesn’t always pan out for the big-shots.

By the way, in the other semi-final in 3A, the computer believes East Carter is 6-points better than Belfry on a neutral field. KPGFootball believes the Pirates may “run the clock” on the home team Friday night, so we shall see.

Getting back to Tilghman, and apologizing for the aside, here we sit, at the greatest time of year for any high school football fan, and two 3A underdogs appear to have a “puncher’s chance” of facing the other for the 3A title. The two teams are presently the owners of 12-losses between them. Wow, one couldn’t write a more story book ending to the ’21 season than that!

If Glasgow overcomes this Blue Tornado, it won’t be for Paducah’s lacking talent. Tilghman boasts some of the finest young talent assembled on one roster across Kentucky.

QB, Jack James may be among the best freshman signal-callers to ever align under center. He has thrown for 2,466-yartds and 29-TDs this year, completing 170 of his 334-passing attempts. He has thrown 13-interceptions, but hey; he’s a freshman.

Malachi Rider, just a sophomore, has gained close to 1,000 yards and is set to cross that threshold Friday night. He has gained 998-yards rushing in 176-carries with 12-trips across the goal line.

Brian Thomas, a senior, has caught 49-passes entering Friday night for 877-receiving yards with 11-TDs and Camdon Marshall (’22) has tossed in quite a bit of production himself (30/451/8). Marshall’s right handy on the defensive side of the football too, as his numbers will certainly manifest. We will get to those figures in just a few moments.

Sophomore, Uriah Virzi may be Tyler Morris’ (LCA, ’22, committed to Navy) heir apparent to the title Kentucky’s Best High School Linebacker. The sophomore leads the team with 86-tackles, 5.5 of which have been tackles for loss (TFL).

The bottom line here is Paducah, Kentucky has sick and filthy athletes many of whom find themselves playing for Tilghman this year. They seem to be jelling at just the right time.

If you encounter this team and find yourself hoping you may best them in a track meet or a “battle of the athletes;” you would be well advised not to hold your breath. Besides that, you might also be playing right into their hands.

Ask CAL about that…