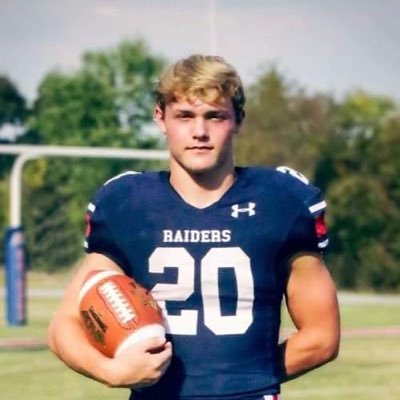 Yessir, it is that time of year. Week after week, teams don’t know who’s next. COVID-19’s impact on high school football appears to have lent itself to upsets; so, the uncertainly this year is more palatable than in a “garden variety” season.

Now before the “Big Red Nation” attempts to rub my face in its rebounding from a horrible start to find itself with a puncher’s chance of getting to Lexington and playing for its second 3A title in a three year period; KPGFootball will point out we picked you guys to win it all preseason. You may rub your success in anyone’s face you choose; but not ours, because we foresaw all of this, even the slow start.

Just to remind everyone how very right we were, in July of 2021, we wrote the following…

“Now the road for Belfry in ’21 is going to be a tough one. The Pirates open in a bowl game against Class 5A Pulaski, play Class 5A powerhouse, Covington Catholic, get our number one pick in class 2A (LCA) the very next week, play Central (Louisville), for its fourth game, and then entertain one of 1A’s favorites in Pikeville High for game five. They also close with Johnson Central, who figures to challenge for the 4A title before the playoffs commence.”

“Belfry could enter the playoffs 5-5 and still be in the hunt for a title.” Emphasis not in original.

Like we said, we can’t be proven any more right than we have been proven to be in this instance. Good for us.

We would surmise this is why we are widely recognized as the commonwealth’s foremost experts evaluating high school football. Hard to get much past us.

Well, in the realm of East Carter, there is good news and bad news. The good news first for the Belfry clan is that this is a very winnable game.

East Carter has looked fairly pedestrian at times this year but its play has steadily improved as the year has gone along, as has Belfry’s. The bad news…Belfry will have to do something with Charlie Terry (above pictured).

As the title denotes, Mr. Terry can be (and often is) a handful. A look at what he has done this year underscores the fact.

First of all, though the won-loss record reads 11-3, the statistics represent 12-games of reporting. East Carter has a win by COVID Cancelation (a term of art in the post pandemic world which has taken Kentucky high school football by storm) and a loss the very same way.

With the Regional Championship statistics now online, through 12-games, Terry compiled 1,794-yards rushing in 206-carries, 32 of which were carried over the goal line for a TD. Averaging 8.71-yards per rush attempt and scoring a TD every 6.44 carries is pretty dad-burn good, or so we think. Terry led his team in scoring, not a big shocker.

Terry played a little defense too. The LBer tied for first on the team in fumble recoveries, had 51-stops in the 12-games, and contributed 4-TFLs and a QB-sack.

He was among the statistical leaders on this side of the football too, in numerous important categories. This was accomplished all while carrying a heavy load for the team offensively.

You might say Mr. Terry was East Carter’s version of Isaac Dixon. Matter of fact, that comparison looked both completely apt and totally accurate.

While KPGFootball wasn’t too impressed with the ’21 season’s body of work, the RPI-guys were right impressed. East Carter, with three losses, still had the 5th-highest RPI in the classification. So, this was why East Carter is at home for the Semi-State and not on the road.

The odds-makers at CalPreps.com believe East Carter is a 6-point favorite on a neutral site. This would make them a nine to 10-point favorite at home.

You are going to want to take the Pirates and the points here. Matter of fact, we believe the Pirates win big and move on to Kroger Field in convincing fashion.

There is a little something called “having been here many times before” which has to be factored when picking games this time of year. Belfry benefits from the same “it” factor enjoyed by programs like Trinity, Male, Boyle County, Mayfield, Beechwood, Danville and the like.

The name on the front of the jersey this time of year makes the names on the back of the jersey play with a little more confidence and a lot more swagger than the nouveau riche can manage. That has been our experience.

We believe Belfry runs the clock Friday night. Still, that Terry kid will have to be game-planned. He can’t be permitted to just run wildly through the Belfry second and third defensive levels.

Remember where you heard this…