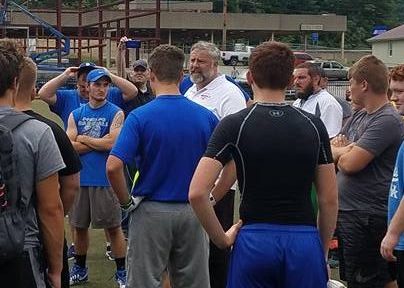 Well, we announced our 2nd round picks after going 83% in the first round. How did we do in round 2? Well, lets see…

Pikeville dismantles Hazard; (Couldn’t have been more wrong here, Hazzard won 21-12, anyone get this one outside of Coach Howard’s locker-room?) 3-1;

Paintsville over Raceland; (Picked this in my article forecasting 2nd-round upsets, Paintsville won 28-21), 5-1;

We will take CAL in a bit of an upset over Mercer County though this is an evenly matched football game; (CAL upset Mercer County 23-7), 17-2;

Over in our article setting forth potential upsets, we took Murray High to upend Mayfield; (Murray won 28-21), 18-5;

Corbin will absolutely run Knox Central off the field. Ethan Mills has had quite a career as a high school running-back for Knox Central. (Corbin ran the clock, 41-0), 22-5;

Don’t ask us why, but we see Hopkinsville turning around the 31-7 they suffered to Logan County during the regular season. This is a good Logan squad but Hopkinsville has so many athletes at its disposal. We are picking the “Jimmies and Joes” over the “X’s and O’s.” Hoptown survives! (Hoptown’s “Jimmies and Joes” won 42-20), 24-5;

Trinity beats Louisville Eastern by a hundred should they choose. (Trinity chose not to win by a hundred, but they did elect to win 49-7), 37-9;

There you go subscribers, there is the entire second-round picked for you. Now lets just get to Friday night safely, and see how it all proceeds!