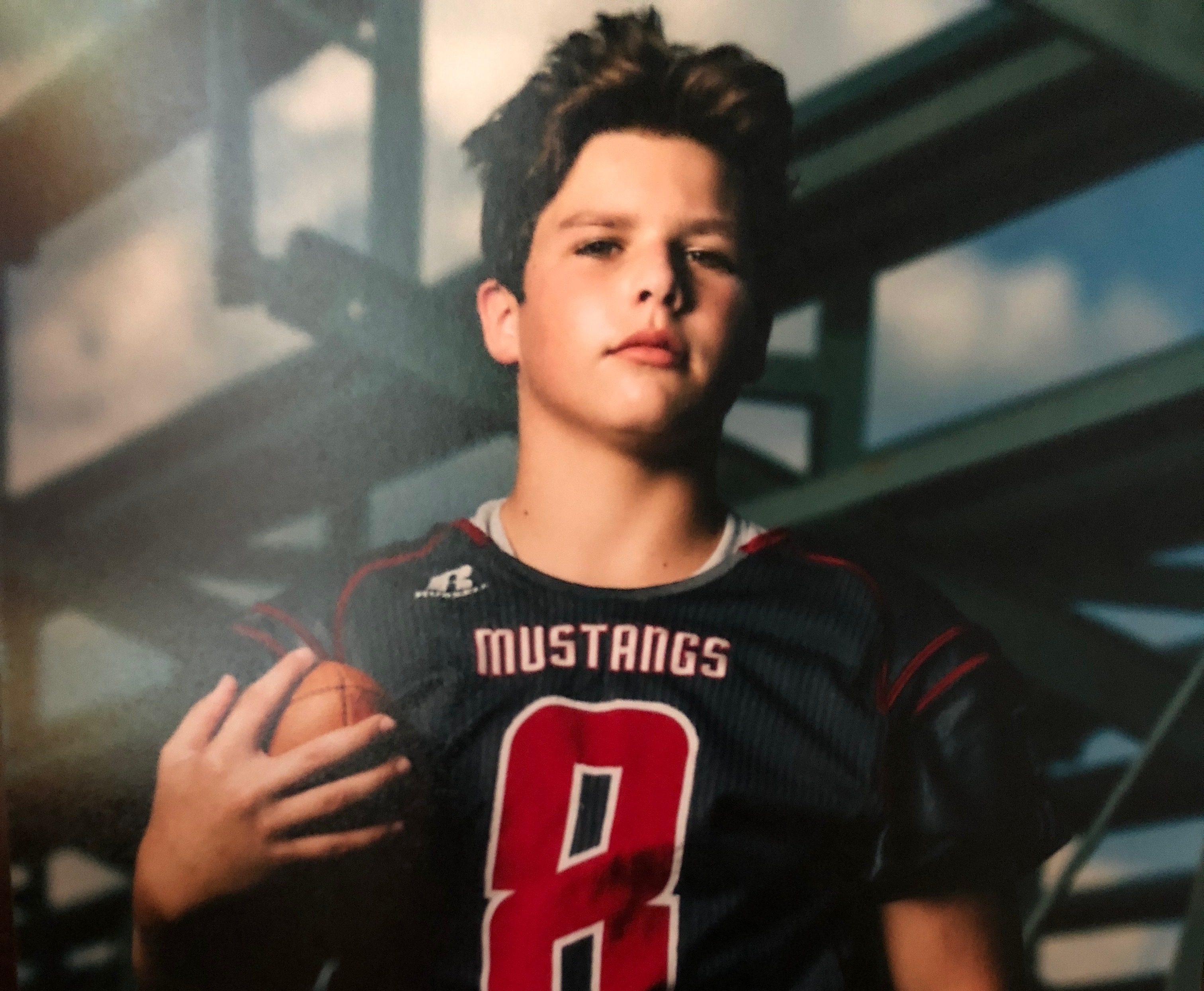 Talk about a huge pick-up for a middle school program. I am not saying the only reason JT Adams’ father, John, got the job at Christian County High School as the new Offensive Coordinator is solely because he has fathered a class of 2023 dynamo whom the varsity program would like to have matriculate through in a couple of years. I am sure he can coach and coach very well. I am not willing to say it had nothing to do with the decision, however. If I were making the decision, it might have played a part. I mean, there are lots of OC’s from whom to choose in Kentucky, especially at a class 5A power with the athletes Christian County High School regularly produces. There are not many OC’s in Kentucky who can boast of having a seventh grade son on Team Kentucky and who runs a 5.02 second, forty yard dash, a 4.85 second, pro-agility shuttle, and is a 2X Youth Individual Champion in Wrestling. Imagine what these numbers will become as the 5-7 and 156 pound, MLB/RB/TE lengthens, matures, and starts doing weighted squats.

JT Adams played last season at McCracken County Middle School in Paducah, Kentucky. Offensively he was a running back/tight-end hybrid and, defensively, he played middle linebacker. He played in 7 games for the Mustangs and collected 41 tackles, 22 solo, and forced two fumbles, recovering one. Is that disruptive enough for you? Offensively, Adams carried the ball 28 times for 230 yards rushing, averaging 8.2 yards per attempt, with two rushing TDs. He also scored a pair of two-point conversions on the ground. When aligned at TE, Adams caught 8 balls for 93 yards, with one TD receiving and one two-point conversion. Can he block you ask? How does eight pancakes in seven games sound to you?

Now, JT Adams has just been selected to play for Team Kentucky in this summer’s Future Stars Classic which will be played at Georgetown College. There aren’t a lot of players who can ever say they were selected, at any time in their football careers, to represent the Commonwealth in a Tennessee-Kentucky game. Oscar is one of three Hopkinsvillians selected this year, and the only seventh grader. Christian County Middle School had a really poor season last year, winning only one game and losing twice to cross-town rival HMS, but this is an anomaly for a program accustomed to beating up on opponents it faces and advancing deep into the play-offs. CCMS has, once before, advanced all the way to Lexington for a KYMSFA, Division I, State semi-final. CCMS is bringing in Damien Leavell to turn its fortunes around, something it will be expected he will do immediately with the athletes at his disposal. With Team Kentucky players TreyVon Jefferson and William Hughes from HMS moving up to high school football, that makes JT Adams Hopkinsville’s marquee, middle school, gridster. HMS has beaten CCMS three times in a row, and the last victory in the series for CCMS was when it boasted Team Kentucky’s Cam Jordan, Zack Langhi, and Cam Hayes. Will JT Adams be enough to reverse the fortunes in this series? I suppose we shall see. One thing is sure; it won’t be because he isn’t either good or athletic enough, because he has both of those qualities in spades.