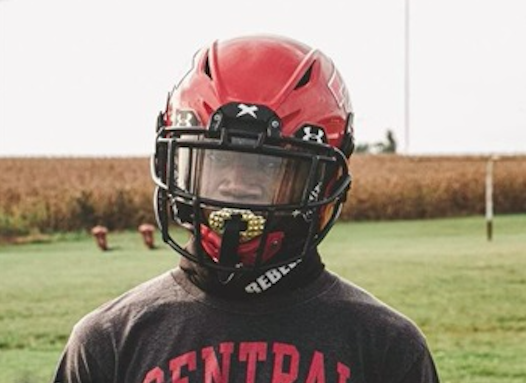 This coming season will be a pivotal one for the Todd County Rebels. Coach Robins gets to coach a full season for one, which is reason for excitement alone.

We will be the first to say that Coach Robins had the Rebels playing well for much of the ’20 season. They were 3-5 but they narrowly lost at home to the best Hancock County team you’re likely to see for a while and narrowly lost to Class 6A, 1st-District Marshall County both during the regular season. Basically, the Rebels could have finished 5-3 as easily as they finished 3-5.

The COVID-19 shortened ’20 season is a hard report card. Teams never knew from week to week what personnel would be available nor even which opponent would be coming off the bus. It was a strange year and the Rebels were in ball games with opponents which represented steep hills to climb for any 2A ball club.

The Rebel roster boasts some really good young talent. Preston Moore is back after a productive junior season where the dual-threat QB gained well over a thousand all-purpose yards in the 8-games and was the team’s leading scorer. Leading receiver, Nate Redding, caught 31-balls for 323 receiving yards and 3-TDs in ’20 as just a sophomore.

The biggest plumb on the tree for the Rebels is the return of RB/WR/CB Omarion Riddick. Riddick is a 5-6, 155-pound problem for most opposing defenses with his versatility and flat-out speed. He is among the quickest and fastest players in the 2A classification in what we call the “Far West.”

Riddick had quite an abbreviated season in ’20. He gained 763-yards in 100-carries and scored 3-rushing TDs all of which led his team. He chipped in 3-catches for 41-yards either split out in the formation or swinging out of the backfield. He is the defense’s leading returning tackler in ’21, having registered 41-stops from his corner slot in ’20.

That is quite an impressive amount of production out of one player. The 2A classification, owing to enrollment and available bodies, requires guys like Riddick to be successful. You don’t start seeing much “platooning” in Kentucky High School football below the larger enrollments in the 4A classification.

Riddick has another impressive and stellar statistic we have been harping on and will continue on which to “harp.” Riddick has a 3.0 GPA. We don’t see a registered ACT anywhere yet but we are looking for it.

Academics are going to be increasingly important going forward in recruiting. As high up as Division-I, FCS, teams are more comfortable “offering” prospects the schools feel are eligible for substantial academic aid. This academic money saves that program “football money” to spend on other players to round out the roster.

You will learn assistant college coaches, at many levels of competition, are “masters” at packaging together enough aid to attract players to that school’s program. A prospect’s having the grades and scores to qualify for such aid are HUGE plusses to these coaches and these schools.

This is a player with a skill set which makes him a take for so many different levels of college football. The reason is speed! It is a valuable commodity and one can never get enough of it on a roster at the high-school or college levels.

We look for teams like Lindsey Wilson to get in the mix here. The Blue Raiders do a fine job recruiting Riddick’s particular part of Kentucky and have struck gold with “Riddick-types” in the past. Hopkinsville’s JeVon Leavell comes to mind as a similar type player the Raiders signed just a couple years ago. Don’t count out Campbellsville University from right down the road from Lindsey Wilson either.

Of course, Riddick needs a big senior year to finish this process out the right way. This big senior year needs to be in the classroom AND on the field. We predict he will shine both places in ’21.