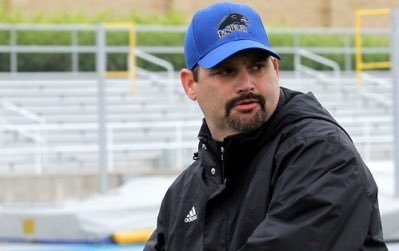 If you have ever heard of Cary Fowler, here on KPGFootball, there are several reasons. One, he and I grew up together, even playing little league baseball together, back in the day, for my own father, Larry Long. Secondly, he has been the source of my education about evaluating prospects as he has helped various NFL teams scout or evaluate talent and has coordinated several of the more successful defenses in the Division-I college football realm.

To put it mildly, he both has been, and continues to be, a very successful football coach. That level of success has been forcefully demonstrated by the 8 former players he has put in the NFL and the fact he was selected, by the American Football Coach’s Association, the National Assistant Coach of the Year for his work on the college level.

You have also heard us report on Warren Central’s football program on KPGFootball, though not in altogether glowing terms. One can hardly blame us, as the Dragons have lost some 35-straight football games.

Well, when Joel Taylor departed, the word went around the coaching fraternity the Dragons were through being doormats and were going to do “whatever conceivable” it could to return to the type success which led them to 46 wins from 2009-2013. Not sure going out and hiring one of the most talented Division-I college coordinators in football would have been deemed by many as “conceivable;” but that is what the Dragons have done.

We were able to catch up to Coach Fowler and he told KPGFootball the following about his new position. “This is a big challenge and opportunity for my family and me. I am grateful for the opportunity as it brings me closer to where I call and consider home and to my family and friends, many of whom I have known a lifetime.”

Coach Fowler went on to relate, “The challenge this job presents, and my being told by multiple people I can’t win at Warren Central, only strengthened my resolve and lit my competitive fire. I can’t wait to start this journey.”

“I will teach these young men to win. Everyday, they will see one of my many championship rings which I hope will constantly remind them of our goals. I always coach young men with the goal of changing lives, whether I am coaching Division-I college football players or players who play in Kentucky’s 4A classification. The level of competition doesn’t really matter to me.”

Cary went on to remind us Warren Central has a tradition of winning in football, a point we above referenced. “What they need from me,” said Fowler “is a guiding hand to redirect the Dragons back to the successful practices which before made the Dragons a team with which to reckon.” Fowler assured KPGFootball they would be that again, in very short order.

It has been a crazy offseason in the coaching world around Kentucky for sure. It figures the craziness is not over as there are some very attractive positions around Kentucky either open or for which the replacement hasn’t been yet named. One thing is for certain, it will be very difficult for any program, in any of Kentucky’s classes, to top this hire.

It sends a message, one we are hearing way down the road at the office of KPGFootball. “We’re ready to play big-boy football again at Warren Central!” Well, Dragons, we hear you loud and clear on our end. You’ve certainly made that point abundantly clear!