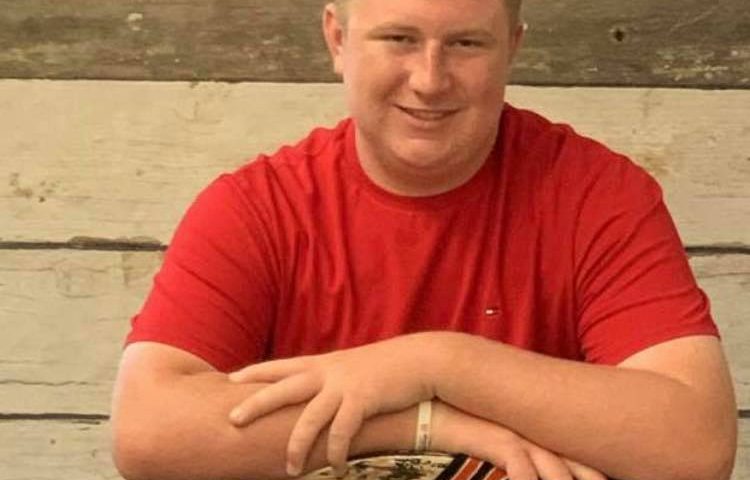 I had a friend of mine who played his prep football in Chattanooga, Tennessee. His team was one of the prestigious schools around that area but I can’t remember exactly which one and wouldn’t venture a guess.

He had a funny story he used to tell me about a kid who played in high school with him who was well framed but not as far along in high school as he would be destined to become once he got to college. In the story, the two of them were driving a two-man blocking sled when the framed out kid collapsed, leaving my friend to drive the sled alone.

Well the coaches were yelling at this kid to get off the ground and get back to driving the sled. The kid looks at my friend, his voice faint as a whisper, and says breathily, “Go on without me!”

“Go on without me!” What? Were they fighting a war, taking the beach-head, or performing a customary, high-school, football drill.

I have always found this story funny. When I close my eyes, I can visualize it.

This kid collapses during a high school football drill and is getting screamed and yelled at to get his butt up off the ground and continue the drill. His reply, barely above a whisper, was something what one might expect to hear communicated between two Marines storming the beach at Normandy in France on D-Day after one of the two has been mortally wounded by hostile fire.

Now there is an even funnier epilogue to this entire story. The kid who collapsed went on to play FBS, Power 5 football (U of L). He also played in the NFL for ten or so years. It’s not how we commence any race; but rather, where we finish which counts.

Lucas Hughes is a great example of this. Standing 6’4.25″ tall and weighing north of 260-pounds, he has plenty of frame to be an effective offensive lineman for Hopkinsville High or any other program playing in the 4A classification across the commonwealth. Hughes plays tackle for the Tigers but may slide inside in college.

With a brother and a father who were both All-State, first-teamers, in the day, and both of whom named “Chuck,” he also has the requisite pedigree. As we have discussed before now, pedigree can mean everything in football.

Let KPGFootball be the first to tell you that, by ’20’s year-end, Hughes was reputed to be extremely reliable, effective, and dependable across that Tiger offensive front. From reports sent to us from Tiger practices, we believe he will be a fixture across a talented and deep front-five in ’21 and counted on to be among the best players on the roster at where he deploys.

Lucas has plus length and height with a long frame on which to easily hang some good weight. He has the patented “Hughes-temper/disposition” too, which has historically proven itself quite useful across both a high-school and even a college front. It sure proved to be useful for his father, Chuck, during his playing days at WKU where the elder Hughes started along a front-five reputed to be among the best to ever take the field for the “Toppers.”

Lucas’ best play is still ahead of him and he has an exceedingly high ceiling. He is coming on, late in his prep career, like gang-busters. We, at the magazine, believe he will have quite a season in ’21.

We expect his play will improve weekly. We anticipate college recruiters are going to be anxious and willing to reap the benefits of the player Hughes is capable of being, and is fast becoming, with continued development.