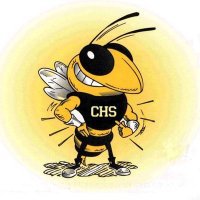 Have you ever heard the saying it’s all in the name? I am not sure from where I first heard it or from where the saying derived but I don’t remember a time when that saying wasn’t entirely known to me and accepted as true. There was a really funny bit one time where a comedian, during his act, asked the audience aloud whether a parent who named his son Jeebs had forever doomed him to a life as a Butler in the service industry. I have wondered a similar thing about myself. Has the surname, Fletcher, not generally being denoted as a particularly strong surname (I mean, really, when have you ever known a person with the first name Fletcher who was known for being the strong, silent, tough type), doomed me to be a sarcastic, smart-alecky, sports writer? All the Fletcher’s I have known have been the gregarious, sarcastic, sometimes humorous type. Maybe my similarity to all other Fletchers can be attributed to my having been called Fletcher all my life and thereby adopting suitable behavior patterns. Who knows…maybe I was doomed to be a funny smart-aleck right from Christening.

Twitter handles have become a type of signature. My twitter handle is @KPGFootball and that is how most people in the commonwealth know me now. Louisville Central has a running back whose Twitter handle is @MykahD1. His name is Mykah Williams and he plays for the powerful. Class 3A, District 3 team coached by Marvin Dantzler who many thought, including me, would be Class 3A State Football Champions when all was said and done last year. Central beat a very good Belfry team 60-21 in the Regional Finals and, had Grant Gibson not recovered a fumble for a touchdown for Corgin in the State Semi-final played in Louisville last year against Central, well, who knows… I believe what makes Mykah Williams’ Twitter handle particularly apt is the fact there is little to no doubt in KPGFootball‘s opinion that Williams will play college football, when his high school eligibility exhausts, somewhere on the D1 level. Why? We are happy to tell you.

The kid has D1 level production on the football field for one thing. There really is no substitute for football players who play the game of football well. The kind of kids whose highlight film just leaps off the screen at you. Williams, playing against talent on opponent’s rosters, themselves sure to play somewhere on Saturdays, produced where it counts most…on the field. During his junior year, the Class of 2019 running back carried the ball 157 times for 1,291 yards and 16 rushing TDs. That comes out to approximately 8.22 yards every time he touched the football. He caught 8 passes for 129 yards and 2 more TDs, averaging 9.9 yards every time they threw it to him. You are talking about a team which only averaged about 74 yards a game through the air, so it is not like any receiver on the team was getting tons of opportunities. I would call scoring 18 TDs and about 9 yards every time you touched the football in 165 times you were targeted, either by hand-off or through the air, over a 14 game season, making the most of one’s opportunities, wouldn’t you? Now, throw in the fact the running back, who is 5-9 and weighs about 180 pounds, has been hand-timed at 4.59 seconds in the forty yard dash and has a 3.20 GPA do you know what you have? Ooh, I know, I know…that’s right Johnny…a D1 football player.