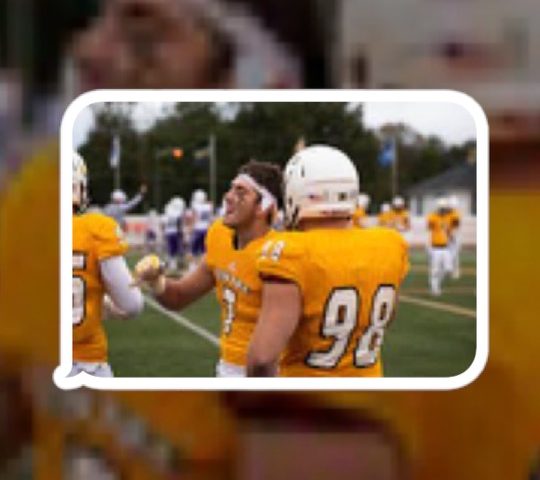 Here at Kentucky Prep Gridiron, we have taken on a new series. We will start publishing the account of how the football Colonels from Centre College did over the weekend while breaking down what lies ahead.

This week we will look at what the Colonels did against Millsaps College. Then, we will discuss what obstacles Rhodes College’s football team poses when it hits Danville, Kentucky this coming weekend.

Enjoy this article. Feel free to comment or weigh in on how you think we did. This is a little outside our “comfort zone.”

It is all about expanding horizons. Hey, it’s move forward or perish, right?

Looking back at the Millsaps Majors

If someone had told us before Centre College unloaded its bus to play the Majors from Millsaps that Centre would surrender 34-points; would surrender 20-first downs; would surrender 541-yards of total offense in 70 plays for 7.7 yards per play; would allow 324-yards passing; and would yield 217-net yards on the ground; our prediction would have been vastly different than what was before forecast in an article run under this same title last week on a different site.

KPGFootball would have anticipated either Centre escaping by the narrowest of margins or perhaps even getting upset. Instead, the Colonels finished on the “good side” of a 66-34 affair.

There were 100-points scored on the day. The statistics seem to fully demonstrate how that was possible.

Centre had 669-yards of total offense in 62-plays for 10.8-yards every time the ball was snapped. Centre passed for 286-yards and rushed for 383-yards with the rushing output being the highest on the season and a real credit to both the backfield and the “big hogs” upfront.

It isn’t every day, in fact there are programs for which this can never be said, that a football team can rush the ball 34-times for 383-yards and average 11.3-yards per rushing attempt against a college defense. It is amazing.

Dupper led all rushers gaining 144-yards on only 12-attempts. Sam Murray gained 70-yards on one attempt he took to the house on a direct snap to the up back on a fake punt (which faked the crapola out of all of us) and Patric Edwards had a solid afternoon, gaining 57-yards in 11-carries. Nick German scored a rushing TD on his two carries for 43-yards and Scotty Brown carried it twice, scoring both times.

Freshman Will McDaniel continued to impress and demonstrated the future is very bright at that position. The young freshman carried it 4-times for 33-yards averaging 8.3-yards per attempt.

Sam Murray, who we understand will be back for another season next year (Yay!), makes his “targets” count as he has done all season. Murray caught a pair of passes for 84-yards and a TD covering 74-yards while Jordan Gunter, the record-setter, caught three for 64-yards with a 49-yard TD. Cort Marbaugh, TE, brought in the third TD pass from Dupper. The rangy target caught three passes for 44-yards on the afternoon.

Christian Billiter was electric in the return game as he gets closer to breaking one all the time. Billiter had 103-kick return yards in three opportunities with a long of 45 and Murray got into the act with a long of 31 on one of his two kick returns. Ethan Schaaf broke a punt return 30-yards to set the team up with tremendous field position on his only attempt in the punt return game.

Defensively, we don’t know what can be said. If you look at the statistics, whatever defense was played was played way too deep in our own defensive backfield for anyone’s liking. We were way too yielding, but we won. In the end, that is the only thing which matters.

Keanan John paced the defense with 7-stops. Oliver Hunter continued his fine play with 7-stops, a QB-sack, and 1.5 TFLs. On the day, the Colonels only registered 6-tackles behind the line of scrimmage and had one sack on the afternoon. Not the effort from the run box we have come to expect.

Nick Grant and Nick German both broke up passes on the afternoon. Justin Ganey contributed to the “tackles for loss” total, notching one of his own.

The Lynx come to town for the last home game for the ’21 season. Rhodes is 3-4 on the year and 2-2 in the SAA. They visited Birmingham, Alabama and played the Panthers Saturday and found them to be terribly inhospitable in a 41-6 drubbing.

Birmingham Southern completely confounded the Lynx on Saturday. Rhodes had only 7-first downs against Birmingham Southern, was 8% on third downs and amassed only 84-yards of total offense while surrendering 483 in 64-plays for an average of 7.5-yards every time the ball was put in play.

Rhodes’ offense is run by QB, Luke Macias. Macias has played very well this season though his 10-21 effort for 57-yards with a TD wasn’t his most productive outing. Macias is not much of a scrambler. He is more of the transitional drop-back type.

Rhodes offensive line looks like it should be pretty susceptible to the Colonel defensive down guys. The Rhodes’ offensive linemen yielded 8-TFLs to the Panthers. While its two (2) surrendered, QB-sacks seems like a solid effort, it should be noted Macias only attempted 21-passes. While he may not have been sacked but twice, he was run all over the offensive backfield all day which may have contributed to his completing less than 50% of his passing attempts.

James Maskosky and Kealoha Umikoa are the two “work horses” in the backfield. Aaron Cooper and Finn Giddings are the favorite targets for Macias while Macias has demonstrated he will swing it out of the backfield to his running backs, particularly Moskosky.

Wiley Henshaw, the punter, is a really fine player. He is an all-conference candidate. He downed three punts inside the 20-yard line against Birmingham Southern and had a long of 57-yards on the day amongst his 10-efforts. Henshaw also handles the place kicking duties. Javon Cooper is dangerous in the kick-off game as a returner.

Jake Duncan paced the defense against the Panthers. He had 7-stops and a TFL. Joe Conroy contributed 6-tackles and split a TFL with Jordan McCoy. Conner Mitchell had a TFL while Nathanbial Pride and Lawrence Jones both split a tackle behind the line.

Well, I believe Millsaps has demonstrated no one can be overlooked in the SAA. This Rhodes team has played well at times this year and has overachieved a bit in winning two of its first four conference tilts.

Still, that loss to Millsaps doesn’t look very good sitting on the “record sheet.” Then again, the win over a good Hendrix team, whose sub-par performance this year may be the story of the league, says something about the ability of the Lynx to upset teams if overlooked and discounted.

We like Centre and suspect the defense will get some tender loving care this week in practice. Expect the Colonels to come out “red hot” this coming weekend, especially on defense.

See you guys at the tailgate! This is Coach HB Lyon, reporting for KPGFootball, and we’re JUST CALLING IT LIKE WE SEE IT!