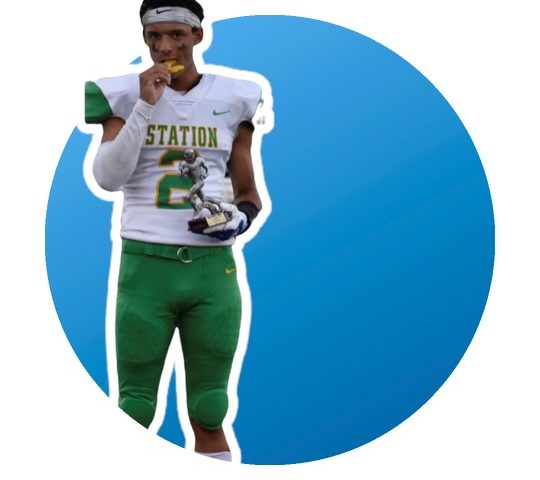 Corbin’s Huff getting it done…

Seth Huff (’22), who transferred to Corbin after playing for Knox Central a year ago, carried the football only seven-times Friday night in Corbin’s 42-0 trouncing of Wayne County. Three (3) of the seven (7) were for touchdowns. Huff gained 129-yards on the evening. Brayden Reynolds (’22) had himself a night. Reynolds had 13-stops, 2-TFLs and a QB-sack. Troy Faulkner (’23) had 11-stops and a TFL.

Up in Northern Kentucky at Covington Catholic…

Trevor Wilson (’22) made his opportunities count in Covington Catholic’s 27-7 win over Conner. Wilson only had four stops but two (2) were TFLs and the other two (2) were QB-sacks. Darpel Nicholas (’22) and Zion Mason (’23) each picked a pass as the 6-3 Colonels brace to play Class 6A Ryle before entering the playoffs. Ryle is coming off a 47-22 win over Simon Kenton and is 7-2.

Talk about defensive play, what about Ballard’s Gavin Willis (’23)? Willis had 11-stops and 3-TFLs on Friday night while Josiah Jackson (’22) contributed a QB-sack, the club’s lone one on the night when Ballard overcame Scott County 24-21. Ballard is 6-3 and preparing to play a North Hardin team with has struggled mightily this year, going 3-6.

Bryan Station prevails in the “Battle of Central Kentucky 6A’s…”

Trenton Cutwright (’24) had a big night against Madison Central for Lexington’s Bryan Station. Cutwright completed 10 of his 20 passing attempts for 272-yards and 3-TDs. Cutwright also gained 42-yards on 7-carries.

Bryan Station ran the old record to 8-1. More importantly, they sewed up the top seed in the district rounds of the upcoming KHSAA playoffs over second-seeded Madison Central.

The Wildcats have now won three (3) straight. They will finish the regular season at Glasgow (3A, 8-1).

Back to Central Kentucky where the Lions roared!

James Sparks (’22) led the Garrard County Lions defense in its 14-13 sliver of a win over Rockcastle County. Every play mattered as Garrard County ran its record on the year to 4-6 with a date with Class 4A Clay County (5-4) still on the docket.

Super-frosh, Montavin Quisenberry (“Q,” ’25), threw for one of the two scores and rushed for the other in amassing 102-yards over his 17-rushing attempts. “Q” has gained 1,113-yards rushing, with another 843-yards passing, accounting for some 23-TDs this year either running or throwing in what has to be one of the finer freshman campaigns in recent memory.