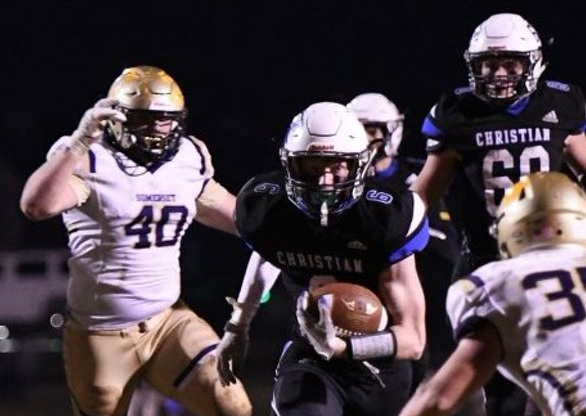 Our selection committee is hard at work finishing up for publication the KPGFootball freshman All-State football team. This will be our 4th-such team and each of them have proven, through the test of time, to be spot-on.

The reason for our success, where so many other teams fail, is we actually investigate the play of nominees, talk to our agents in the areas where the nominees play, watch a ton of highlights and film, and investigate the different nominees’ statistics. We don’t consult national or local recruiting rankings. We don’t need those guys. Our committee knows way more about football and football players than those pretenders, who really don’t know squat.

You don’t have to believe us. Access the former teams on our site. See for yourself.

We are in the throws of putting together this year’s teams, middle school, 9th, and 10th-grades. Now before we get inundated with JV statistics and film, we only evaluate freshmen and sophomores who played on “Friday night.”

That’s BS. Big-timers get on the field, as freshmen, everywhere. We have had freshmen members of this team from Trinity High School, Louisville Male, all the way to Fulton County High.

Today we discuss a strong candidate to make this year’s KPGFootball freshman team in 2024’s Parker Chaney. Chaney played primarily at DB for LCA this past fall but doubles offensively at WR, a place where we expect you may see him deployed more and more going forward.

Chaney is a chiseled 6-footer who weighs in around 180-pounds. He also sports a 4.14 GPA from a prestigious private school with rigorous curriculum which will make his opportunities limitless coming out of high school and playing at the next level.

Chaney is a superb example of the kind of freshman we look to distinguish through selection to our freshman team. He didn’t hide behind his “tender years.” He went to work and did what conventional wisdom would have suggested he wouldn’t be able to do, find the field on Friday nights for one of Kentucky’s premier programs.

Chaney performed at an All-State level regardless of graduation year. He had 25-tackles, playing behind two defensive levels which didn’t leave much “cleaning up” to do for third-level defenders in the run-game anyway. Chaney also recorded a tackle for loss (TFL).

These numbers, standing alone, are probably good enough to make our freshman team. Even more impressive is his having 3-interceptions with 2 of those coming against UK’s early signee at QB, Kaiya Sheron, and the third coming against Lexington Catholic. Chaney also forced a fumble.

Sometimes I use these articles to make arguments to the rest of the selection committee who all read this site religiously. Not that it should take any convincing, but when we again convene, should any of you want to know what makes this kid a KPGFootball, freshman All-Stater I believe his case has been fairly made right here. Wouldn’t you agree?