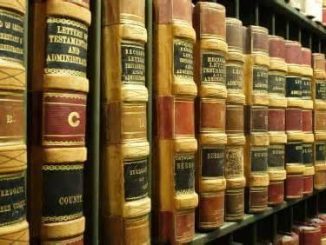 Well, we are proud to have partnered with the law firm of Meeks & Meeks, Attorneys to feature a weekly article promoting a Clarksville-Montgomery County area prep football player. Meeks & Meeks, Attorneys is a full service law firm covering all areas within the realm of general practice from domestic to criminal defense, contracts to malpractice, Will & Estates to civil and criminal matters in General Sessions.

There is a favorite anecdote we have recently heard at KPGFootball which we recount here, not knowing exactly how accurate it is. Supposedly Jeremy Pruitt, HC at The University of Tennessee, Knowville, was watching film of a prospect and couldn’t tell who he was to be evaluating. He looked at the graduate-assistant who had put the film together for him and said words to the effect of Son, if I can’t tell immediately who I am supposed to be watching in a highlight film, then the player isn’t good enough to play here.

Well a player who embodies jumping off one’s highlight film is Kenwood High School’s J’Quoi George. I have linked it, look for yourself.

J’Quoi George is listed at 5-9, 255 pounds. Can’t say for sure whether or not he is 5-9, but if this kid is anywhere south of 270-pounds, you can mark KPGFootball down in the shocked-column.

J’Quoi is powerfully built, with a low center of gravity, who virtually explodes off the ball. This 2019 prospect lists offensive center and defensive tackle among his positions. KPGFootball could see George playing either place in college, or even deployed as a NG in an odd-front.

As a football prospect, it was too difficult to get information J’Quoi George on-line. After watching his highlights, linked withing, we felt J’Quoi would have been a highly-regarded prospect, if he had played for a team which garnered more publicity for its athletes. There are no statistics entered on-line for a college coach to access in order to pique interest in this player as a potential Saturday-nighter. That is a real shame as he looks the part of either a FCS or D-II college player to us, who could play in some FBS systems depending on what the team runs.

Now George may already be signed and delivered to some lucky college, and if he is, there is no mention of that on-line either. We, as a member of the sports-reporting community, have got to do better getting the word out on prep-football-stars like J’Quoi George. We’ll get the ball rolling ourselves by awarding him this Player of the Week honor.

Congratulations to J’Quoi George for being our Meeks & Meeks, Attorneys, Montgomery County Area Player of the Week!

If you enjoyed this article and wish to gain full-access to the site, then subscribe monthly to Kentucky Prep Gridironby following the prompts!