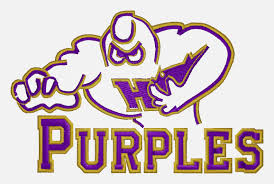 Bowling Green only had 1,621 rushing yards in its 13 games played in 2017. That is only 124.69 yards a night on the ground as a team. Figure that seniors, Dazhon Blakely and Ziyon Kenner have both graduated and that deducts 70 yards a game from that rushing total. In 2018, the Purples‘ offense brings back 54.69 yards a night or 821 yards over the 13 games played in 2017. The first figure is no way to win a Championship. The second number; well, you tell me. The Purples defense allowed 2,424 yards rushing to its 13 opponents or 186.5 yards rushing a night. Being out-rushed 186.5 to 124.69 on average, with the teams BGHS has to play; well, it’s a wonder the Purples did as well as they did.

In 2018, Coach Mark Spader‘s Purples need a big step forward out of the Class of 2020’s, Ja’Vyan Collins. Collins is a 5-7, 195 pound chunk of cheese who, as a sophomore playing for the most prestigious program in Kentucky’s 5A classification, gained 258 yards rushing and scored 5 rushing TDs at a place where getting on the field as a sophomore, at all, is a testament to one’s playing ability. Collins was effective, albeit in limited opportunities, out of the backfield in the passing game, catching 4 passes for 37 yards receiving. Ja’Vyan averaged 6.79 yards per carry and 9.25 yards every time he caught a pass. Among its top returning rushers who will be on the roster in 2018, only Vito Tisdale tallied more yards from scrimmage in 2017 than Collins, and Tisdale is primarily a Safety. We would be remiss, however, in not pointing out Tisdale has a fully automated, 11.2 second,100 meter time, is rated the 5th best Safety prospect in his entire class, across the Country, and a 4 star, Safety prospect according to 247Sports.com, so it isn’t as if he isn’t speedy enough to run the football. Tisdale’s touches were also limited, rushing from scrimmage in 2017, and in 59 rushing attempts, he garnered 414 yards (7.02 yards per carry) and contributed 10 rushing TDs.

Simply put, to be the kind of team everyone expects to see at BGHS, to be a Championship team (as KPGFootball has picked the Purples, preseason), the Purples are going to have to be more effective rushing the football, which will balance them out offensively. They are also going to have to defend the run better than permitting opponents to ramble over 186 yards rushing a night. We expect Ja’Vyan Collins will take a major step forward in becoming the answer to the issue about pounding the ground offensively. One thing is for sure; with his build, he certainly appears well suited for the assignment.