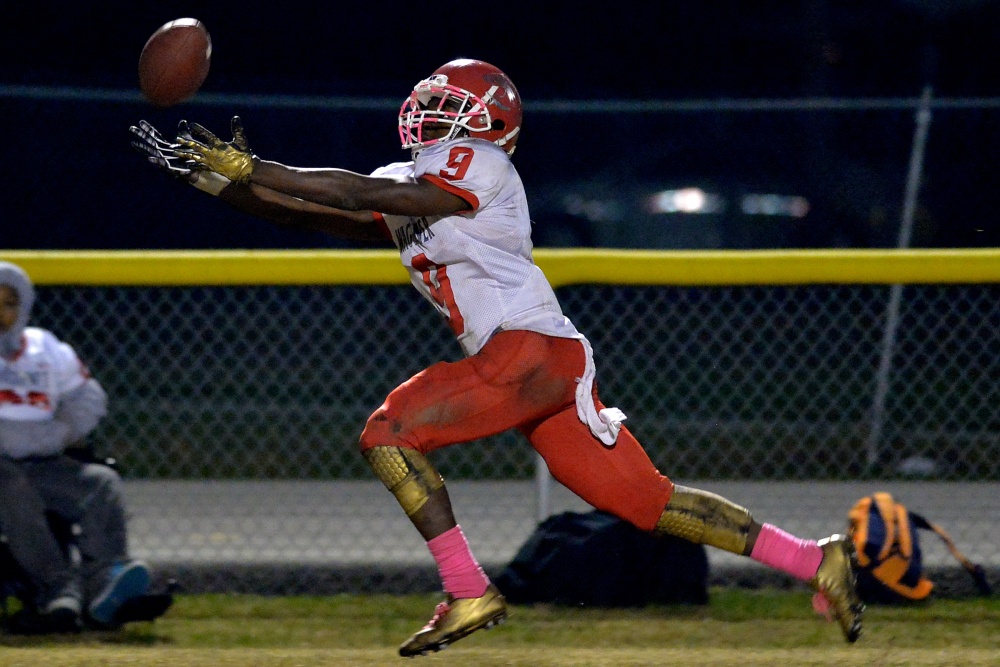 Jairus Brents has been a Jack of all trades for Waggener Traditional High School.  He has been a kick and punt returner, he has played WR on offense, he has played CB and even LB for the Wildcats. Judging by his nomination for the U.S. Army All-American Bowl, his 4 star Rivals rating, the fact MaxPreps selected Jairus to it’s Sophomore All-American Team, and the myriad offers extended to him from every school which plays football in the FBS, Power 5, from Alabama to Tennessee, it would appear he has done all things asked of him very well.

Jairus is a 5’10 180 burner who has been timed at 4.29 seconds covering 40 yards and has a pro-shuttle of 4.03. Jairus also has a measured standing vertical of 38 inches and, if you question any of the running speeds, you should remember you are talking about the National Champion at 55 meters sprint and the reigning Champion in Track & Field in the Commonwealth of Kentucky in the 55 meter dash (back to back), 100 meter dash, 200 meter dash, 400 meter dash and the Long Jump. This translates into excellent quick-twitch, which equates to speed, which Brents has in spades. Can’t coach speed!

Jairus also possesses plenty of power and explosion (I did mention the Long Jump, right?). Jairus reports bench pressing 355 pounds and Squatting 575 pounds. Now, if you check out Jairus’ Twitter account (@JiggaTheShow9) you will see him attempting a bench press of 405 pounds. The spotter never takes his hands off the bar, but he really doesn’t struggle spotting him either. So, do I believe the reported 355 pound bench press? Uh…yes!

Jairus is listed by 247Sports.com as the number 3 recruit in Kentucky’s 2018 prospect class and Jairus is a 4 Star Rivals prospect for the 2018 Class who is listed in the Rivals National Top 250. Not that I have any issue with Jairus, but if I wanted to be overly critical and find one, it might be his true height as I have seen him measure anywhere from 5’8.5 inches to 5’10.” However, with his hops (38 inch vertical), change of direction (4.03 pro-shuttle), and speed (55 meter National High School Track Champion and 4.29 40), I believe the inch and one-half differential is a serious non-issue. That seems to be the Power 5 Conference, college coach consensus as well.

Kentucky Prep Gridiron predicts Jairus will settle at corner back in college. Kentucky Prep Gridiron also predicts Jairus will be involved in the Special Teams as a returner as a freshman regardless of to which lucky school he pledges.  Between Tahj Rice and Jairus Brents, it would appear teams on the Waggener schedule might do well to circle that week. The Wildcats have some weapons it will be very hard to contain and harder still to counter.