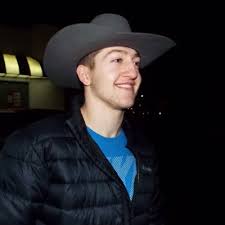 We hope you take notice of this feature for one particular reason. For the first time since this magazine came on-line, we are featuring a football player without a single picture of that player in a football uniform.

We have published close to 1,500 articles. We have never before done this, at least not to my memory.

Circle that game on the old calendar once the schedules for 2020 get posted to the KHSAA site. That one should be quite a war in District 5.

That aside, the last time I checked, people have a right to move and live wherever they choose. Title-town is a great destination for people who want to get a chance to chase a title.

Now we are (probably) blowing this thing way out of proportion. That’s what we do…focus on the theatrics of the situation to interest people sufficiently for them to read our online magazine. Welcome to capitalism.

The fact is Anderson County has a new coach (Mark Palmer) who is a proven program builder, though this is his first Kentucky foray. The Bearcats retain plenty of talent to be quite good in 2020. Palmer has not, traditionally, run an offensive system which would fit particularly well with Gillis’s skill-set as a QB.

Meanwhile, Justin Haddix is one of Kentucky’s premier talents in the coaching fraternity and runs a system more conducive to highlighting, at the QB-position, what a player like Gillis brings to the table. Incidentally, can anyone remember a time Boyle County wasn’t in a State-Title hunt? We can’t either.

So Gillis is at a school and in a program with players around him which lend itself better to what his “strengths” are as a QB. The program he left (Anderson County) is better off finding a QB suited to its returning personnel and better able to do the things its new coach will want from the position. It’s a win-win, all the way around.

Last year for the Bearcats, Gillis was 76 for 150 through the air, for 1,128-yards, with 7 TDs thrown against 8-interceptions. He ran the football for 212-yards on 102-carries with 7-TDs scored on the ground. He was Anderson County’s second leading scorer in 2019.

Defensively, Gillis had 27-tackles, 2TFLs, forced a fumble and led that side of the ball with 2-interceptions. He plays guard in basketball and was an all-district selection in that sport.

For those looking for bottom-lines, we have one for you. Gillis has a classic build (6-3), can make all the throws, and is extremely athletic. He will be given the rains to the Rebel attack from snap-one in 2020 and he will put up unreal numbers in Haddix’s system and end the year one of Kentucky’s most sought-after QB-prospects in the 2021 graduating class.

Anderson County will be much improved in 2020. They will run a system which fits its personnel and look to challenge Boyle for district supremacy.

Gillis is one of the best athletes in the commonwealth of Kentucky. This will be the first year he has gotten to play in a system well suited for what he can athletically do. His numbers will reflect this.

We believe both Anderson County and Boyle may end up seeing each other for the district title in round two of the KHSAA playoffs in 2020. We believe Lexington Catholic will be down after losing Beau Allen and his classmates to graduation and we think Bourbon County is on the “come-up” but maybe not quite as good as Boyle and Anderson, yet.

When we get to round-two, you will see the Gillis’ former team playing his new one storyline covered ad nauseam. We just thought we would get an early start on beating that particular drum.